An adorable video making rounds online has captured a sweet moment on camera! A man took the unconventional path of proposing to his girlfriend by asking her out at the finish line of her marathon race! 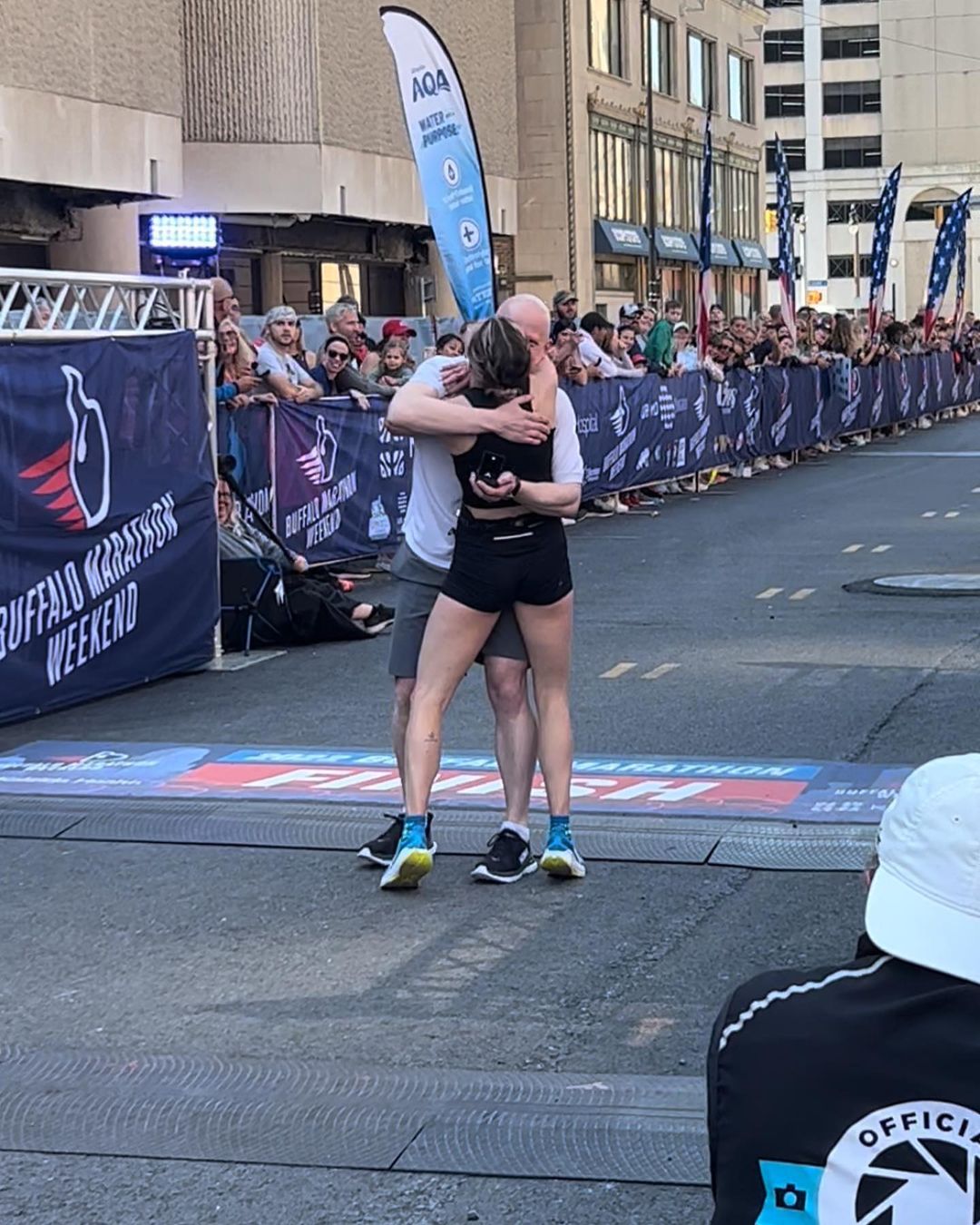 The video was posted by Madison (the one who got proposed to) on her Instagram account. According to the information written below the post, Madison took part in the 'Buffalo Marathon' that took place in US's New York on May 29.

In the video, Madison could be seen running towards the finish line, while her boyfriend Christopher was on one knee with a ring in hand, waiting for her to finish the race. Check the video here:

In the caption, Madison gave details about how her boyfriend Christopher prepared for the big day. She also attributed the success behind her ability to run so many marathons to Christopher and called him the backbone of all her training and running content on her Instagram page. She wrote that he bikes alongside her for hours very slowly while she is running long distances. Lastly, she thanked the crew of 'Buffalo Marathon' for making the day so special for her. 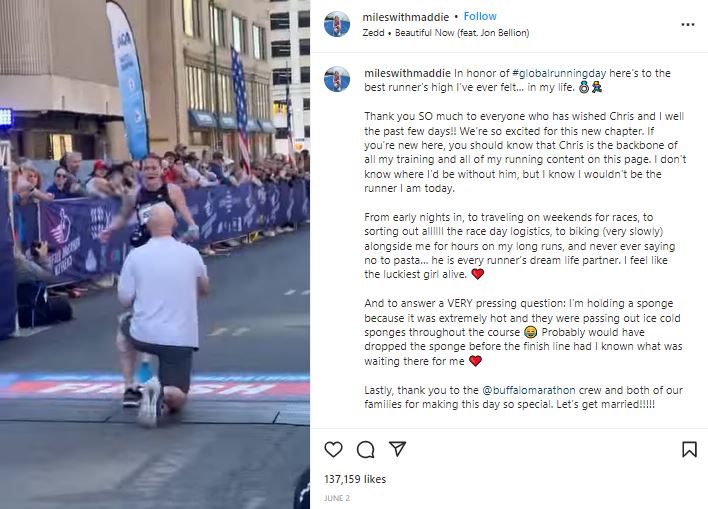 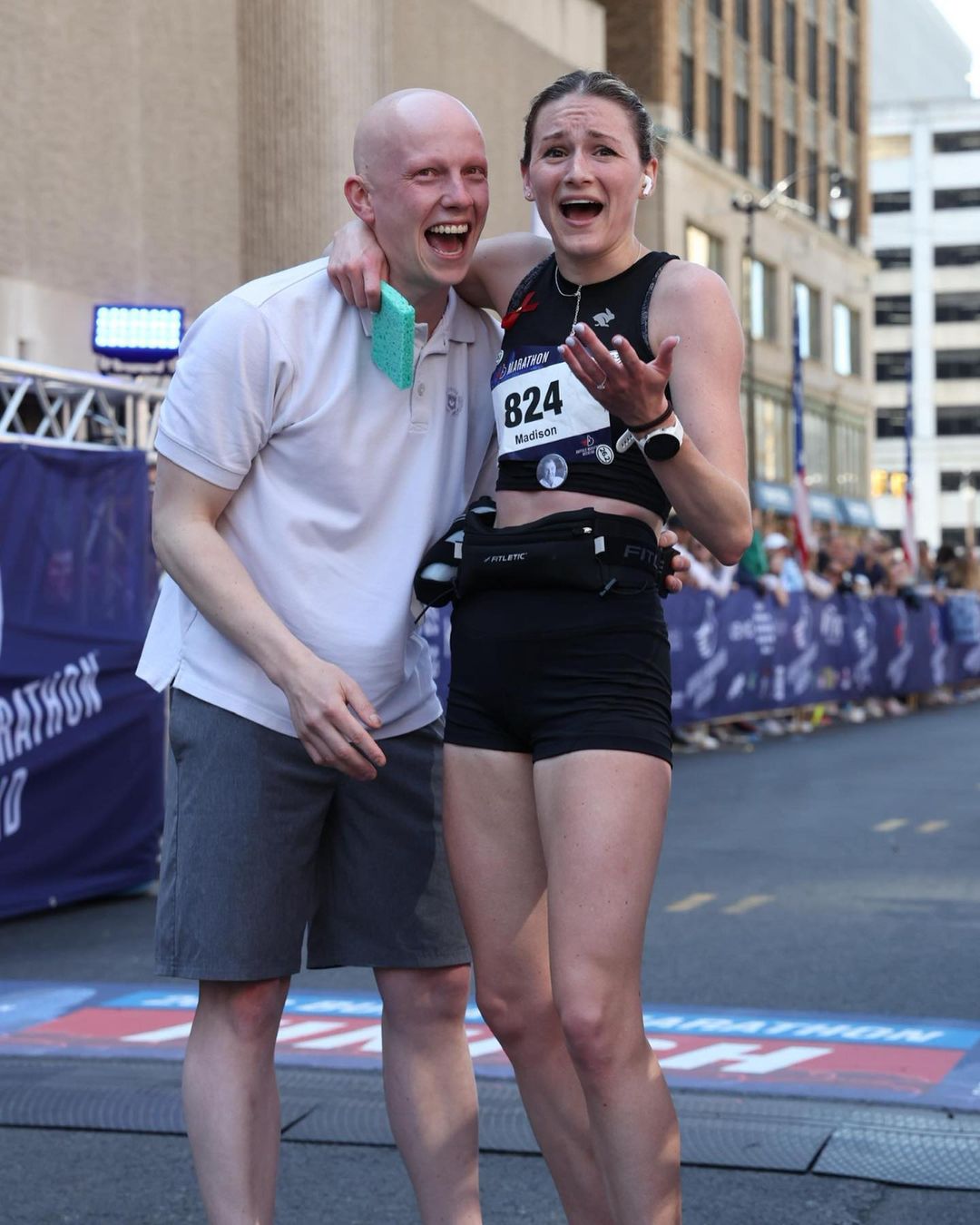 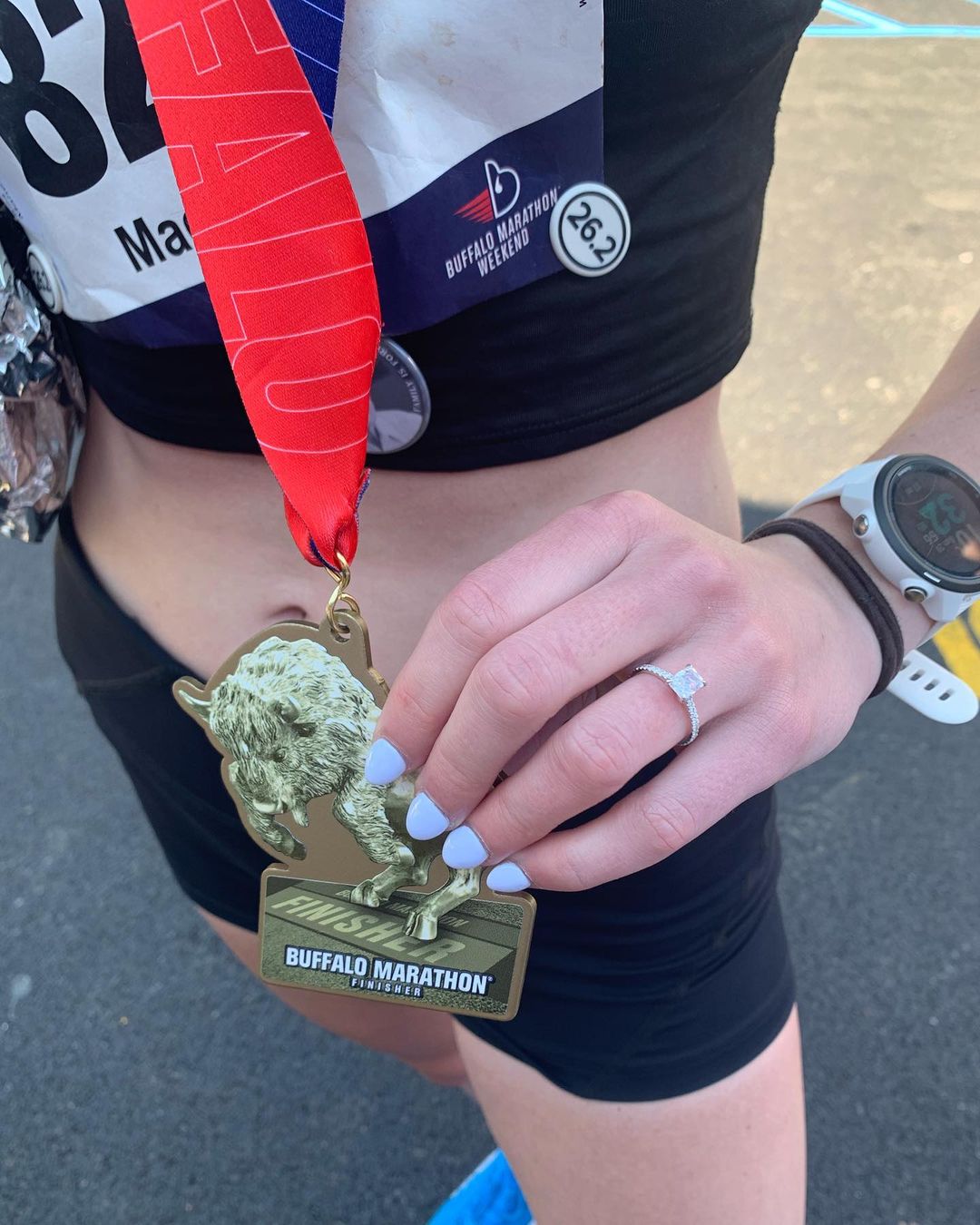