Taking to his Instagram handle, Ram Charan shared a clip from the video of the song and wrote a caption, "Couldn't stop dancing to the kick-ass mass beats of #RRRMassAnthem with my brother @jrntr." 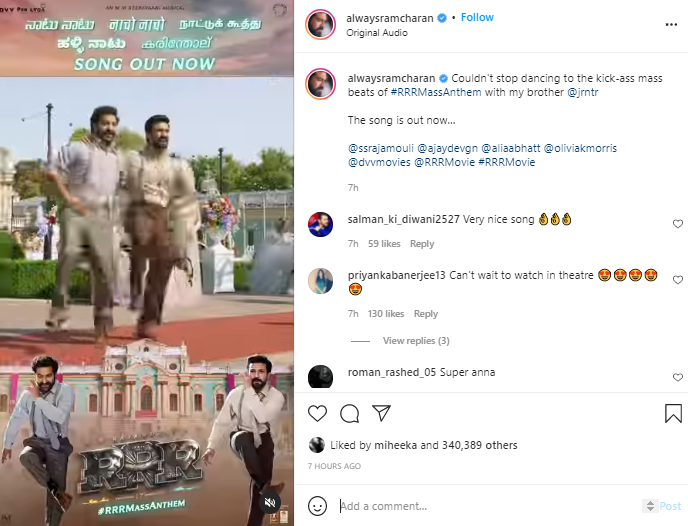 The video also shares glimpses of behind-the-scenes moments from the song's rehearsal and shooting.

An M M Kreem musical, the song is sung by Vishal Mishra and Rahul Sipligunj. The lyrics of the song are penned by Riya Mukherjee.

Apart from Jr NTR and Ram Charan, the multi-starrer film features also Ajay Devgn and Alia Bhatt in lead roles. The project is helmed by SS Rajamouli, who was also the mastermind behind the record-breaking 'Baahubali' series.

Jayantilal Gada (PEN) has bagged the theatrical distribution rights across North India and has also bought worldwide electronic rights for all languages. Pen Marudhar will be distributing the film in the North Territory.