South superstar Kamal Haasan announced on Monday that his much-awaited upcoming movie 'Vikram' will be released on June 3, 2022.

Haasan took to his Instagram handle and shared the news by writing, "I am waiting with bated breath for our 'Vikram' to release world over, in theatres on June 3rd 2022," alongside a making video of the action flick.

The video showcased some glimpses of the high-octane action that the film will offer. It also showed the three actors of the film, Haasan, Vijay Sethupathi and Fahadh Faasil, looking powerful and ready to blaze guns with their upcoming action entertainer. 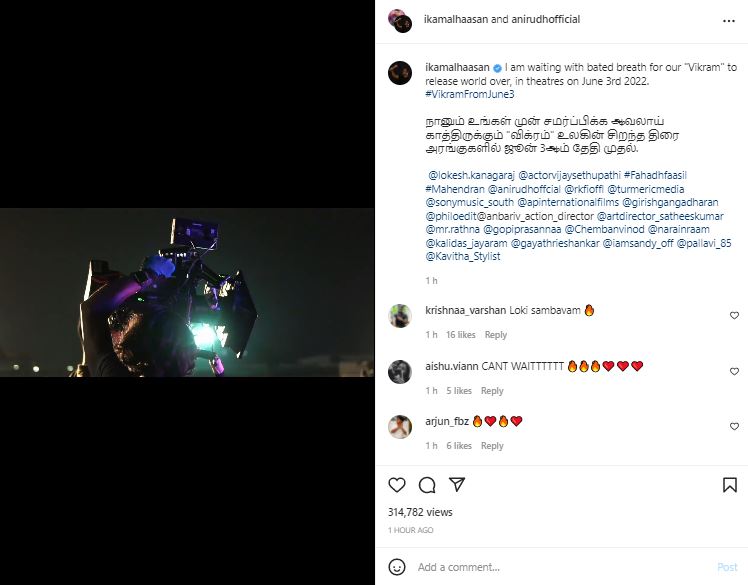 'Vikram' has been directed by Lokesh Kanagaraj. The film also stars Shivani Narayanan, Kalidas Jayaram, Narain, Antony Varghese and Arjun Das in supporting roles. The soundtrack and film score has been composed by Anirudh Ravichander.