Home » National News » Not going to contest any elections, no party should use my name, photo on their posters, says Rakesh Tikait

Not going to contest any elections, no party should use my name, photo on their posters, says Rakesh Tikait Bharatiya Kisan Union (BKU) leader Rakesh Tikait on Wednesday said that he is not going to contest any elections and urged the political parties to not make use of his name or photos in their posters.

Tikait received a warm welcome from the farmers in Meerut upon his return from Delhi. 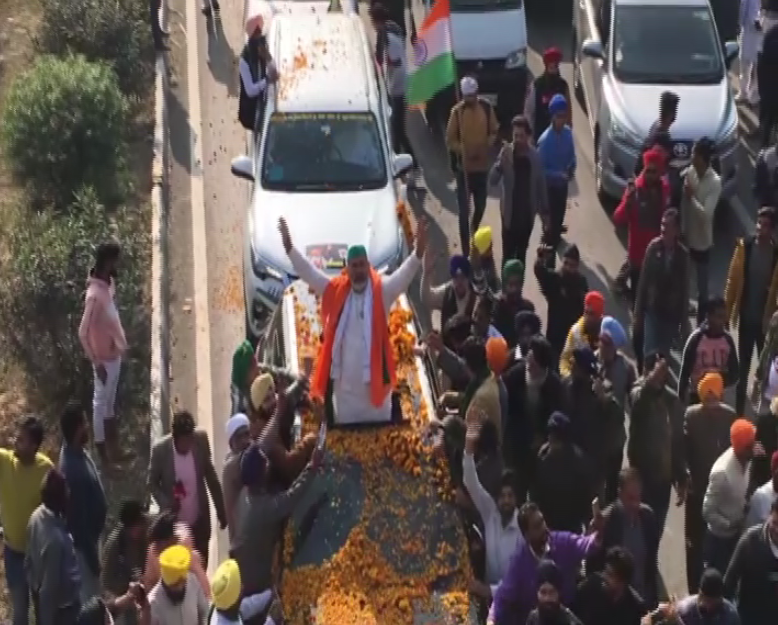 "I'm not going to contest any election and no political party should use my name or photo in their posters," said Tikait to ANI.

On December 9, the Samyukta Kisan Morcha the umbrella body under which the farmers had banded together announced the suspension of their year-long agitation after they received a letter from the Central government, with promises of forming a committee on Minimum Support Price (MSP) and immediate withdrawal of cases against them immediately.

The farmers are heading back to their respective states in large convoys of tractors and trucks, in the same way, they arrived at the sites at the Singhu, Ghazipur and Tikri on the outskirts of the national capital a year ago, to protest the Centre's three agrarian laws.

The farmers will hold a review meeting on January 15. "If the government does not fulfil its promises, we could resume our agitation," the SKM had said in its statement.

Farmers had been protesting against the Agri laws on various borders of Delhi since November 26, 2020. However, both the Lok Sabha and the Rajya Sabha passed the Farm Laws Repeal Bill on the first day of the Winter session on November 29.

On November 19, Prime Minister Narendra Modi announced that the Centre will bring necessary bills in the Winter Session of Parliament to repeal the farm laws.