Sand artist Sudarsan Pattnaik paid tribute to former Australia all-rounder Andrew Symonds, who died in a car accident on Saturday night, through his sand art at Puri beach in Odisha.

Pattnaik created a sand sculpture of the late cricketer at Puri beach with a message that reads, "We will miss you... Tributes to Andrew Symonds".

Taking to Twitter, Pattnaik paid homage to the Australian cricketer by posting a picture of the sand art he made at Puri Beach in Odisha. 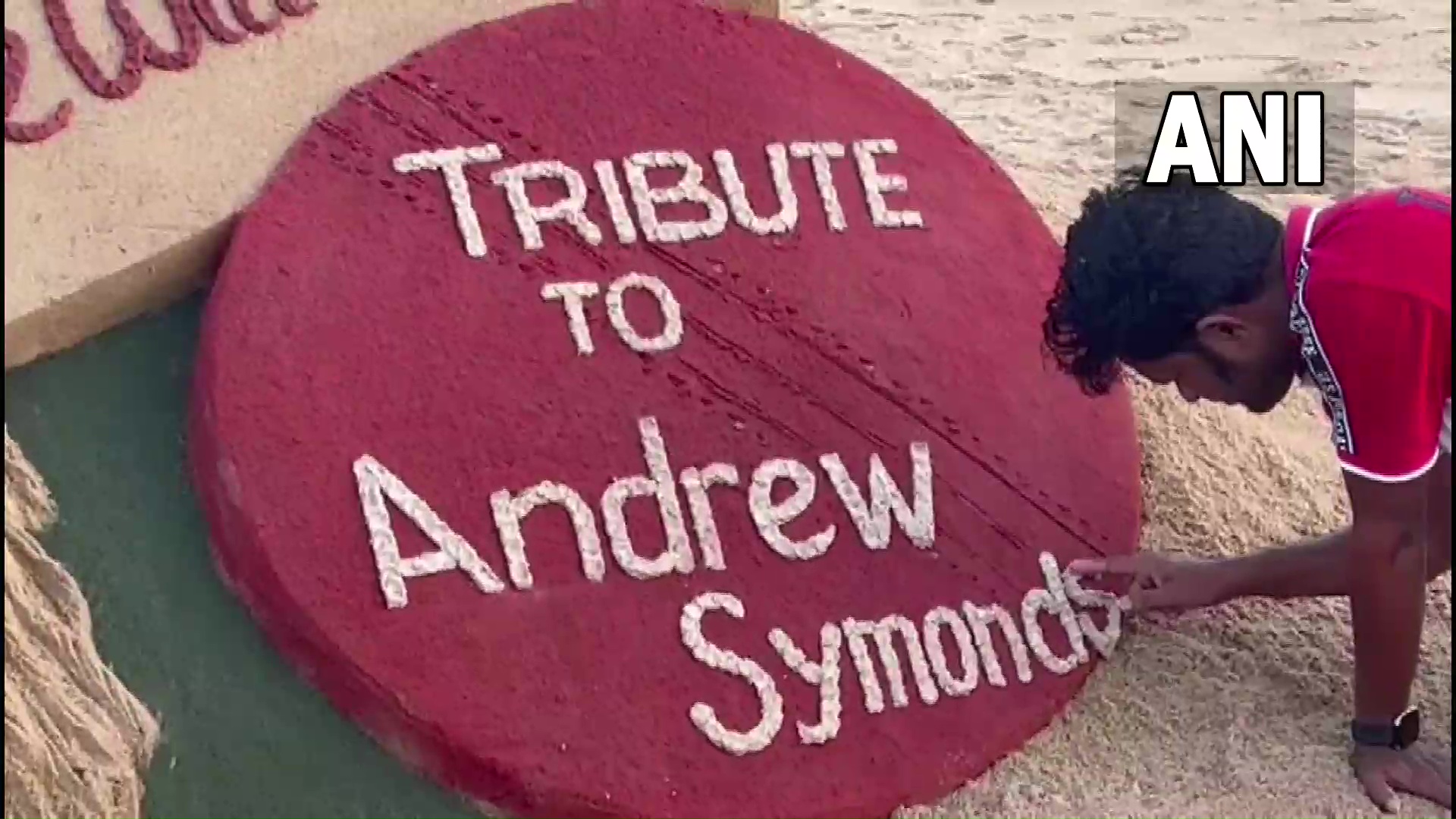 "Sad to know about Andrew Symonds passing away in a tragic accident. It is a huge loss to the world of cricket. My Sand art at Puri beach in India with message "We will miss you" RIP," he said in a tweet. According to the police statement, Symonds, aged 46, died in a car accident on Hervey Range Road near the Alice River Bridge in Queensland, Australia on Saturday when his car left the road and rolled.

As per a Queensland police statement, Symonds met with an accident at about 10:30 pm.

Following the information of the accident, paramedics arrived at the scene but could not revive the former Australian cricketer. Symonds was the only person in the car.

Symonds played 26 Tests for Australia and was an integral part of Australia's white-ball sides that dominated the world between 1999 and 2007.