Sidharth Malhotra's 'Mission Majnu' to hit theatres on this date Mark your calendars as Sidharth Malhotra-starrer 'Mission Majnu' is scheduled to hit theatres on June 10 this year.

Helmed by Shantanu Bagchi, the espionage thriller set in the 1970s has Sidharth essaying the role of a RAW agent who led a covert operation on Pakistani soil.

The film also marks the Hindi debut of Rashmika Mandanna.

On Wednesday, Ronnie Screwvala's RSVP and Guilty By Association took to their social media handles and announced the release date of the film. 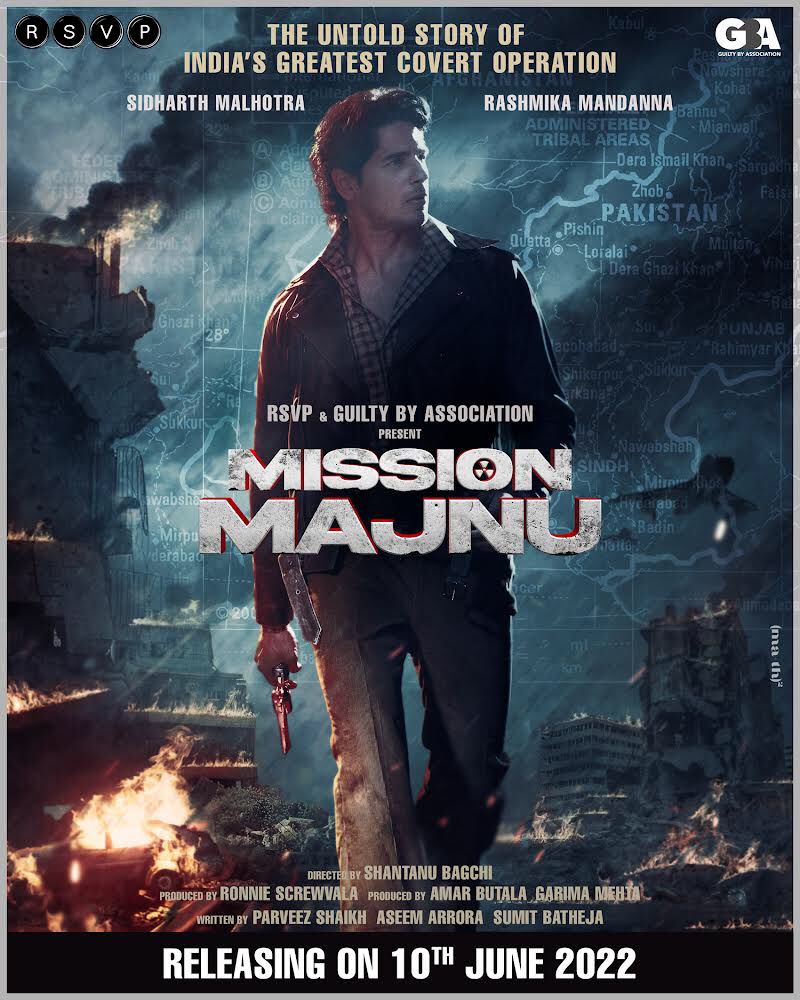 "The target is set! Get ready to be a part of India's most daring RAW mission in the heart of Pakistan. Inspired by true events, #MissionMajnu releasing on 10th June 2022," a post read on the Instagram handle of the production banner RSVP.

The makers also unveiled a new poster of the film in which Sidharth is seen holding a gun in his hands against the backdrop of a destruction site.