It is a moment of delight for fans when superstars Salman Khan, Kamal Haasan and Chiranjeevi met each other recently.

Chiranjeevi hosted a dinner for Kamal Haasan at his residence to celebrate the success of his latest film 'Vikram' past weekend and Bollywood star Salman Khan was also present there.

Taking to Twitter, Chiranjeevi dropped a string of images from his meeting with Salman and Kamal Haasan. 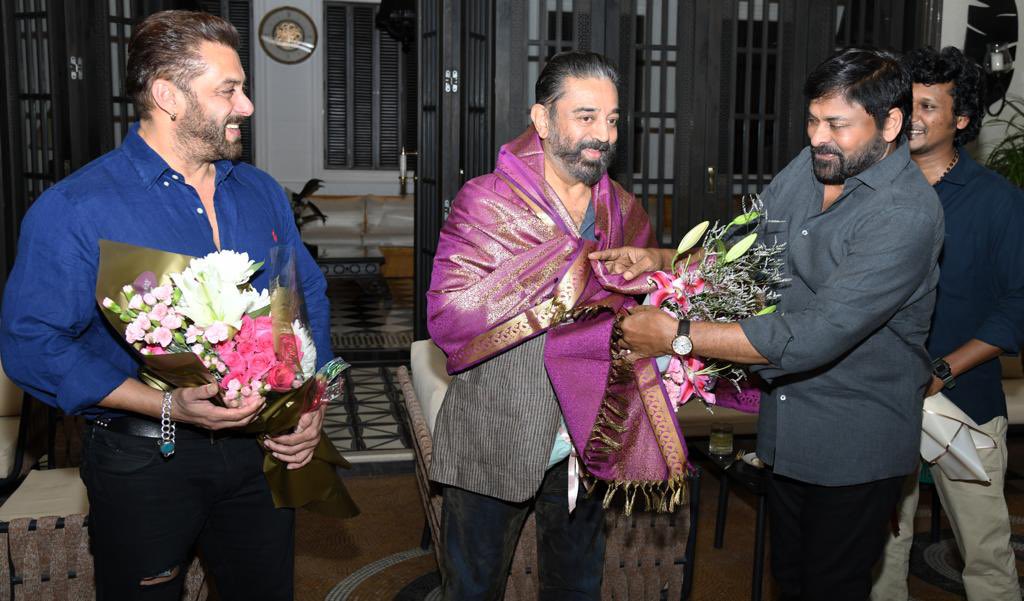 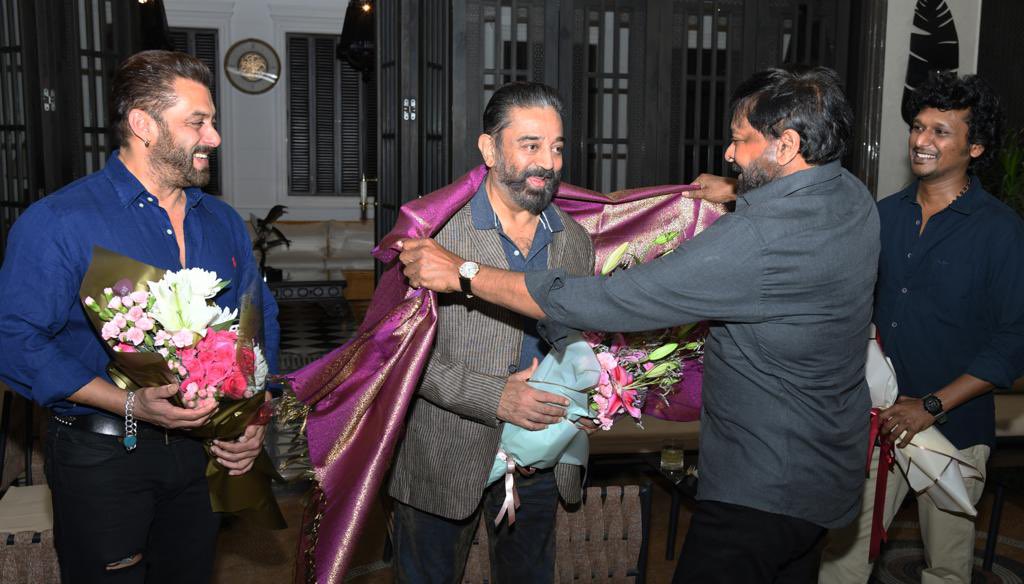 In the images, Chiranjeevi is seen presenting a bouquet of flowers to Kamal Haasan, Salman Khan and 'Vikram' director Lokesh Kanagaraj.

"Absolute joy, celebrating and honouring my dearest old friend @ikamalhaasan for the spectacular success of #Vikram along with my dearest Sallu Bhai @BeingSalmanKhan @Dir_Lokesh and team at my home last night. What an intense and thrilling film it is!! Kudos My friend!! More Power to you," he captioned the post. 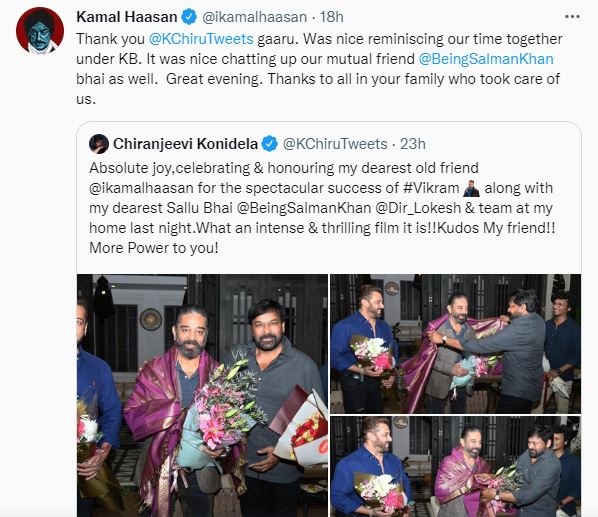 The trio's pictures have garnered a lot of likes and comments from social media users.
"Waah. What a moment," a netizen tweeted.

"You all should work together in a film," another one commented.
Kamal Haasan also shared the same pictures on his Twitter handle and thanked Chiranjeevi for his sweet gesture.

"Thank you @KChiruTweets gaaru. Was nice reminiscing our time together under KB. It was nice chatting up our mutual friend @BeingSalmanKhan
bhai as well. Great evening. Thanks to all in your family who took care of us," he tweeted.

Speaking of 'Vikram', the film is an action drama that also stars Vijay Sethupathi and Fahadh Faasil in the lead roles. Suriya appeared as Rolex in a cameo role.