Bollywood superstar Salman Khan has combined his love for singing and dancing in his new song 'Dance With Me', unveiled on Saturday.

Sung by Salman and composed by the ace music composer duo Sajid-Wajid, 'Dance With Me' video compiled Salman's various clips in which he can be seen shaking a leg with members of his family, his colleagues as well as his fans.

Taking to his Instagram handle, Salman announced the song's release and fans immediately flooded the comments section with praises. 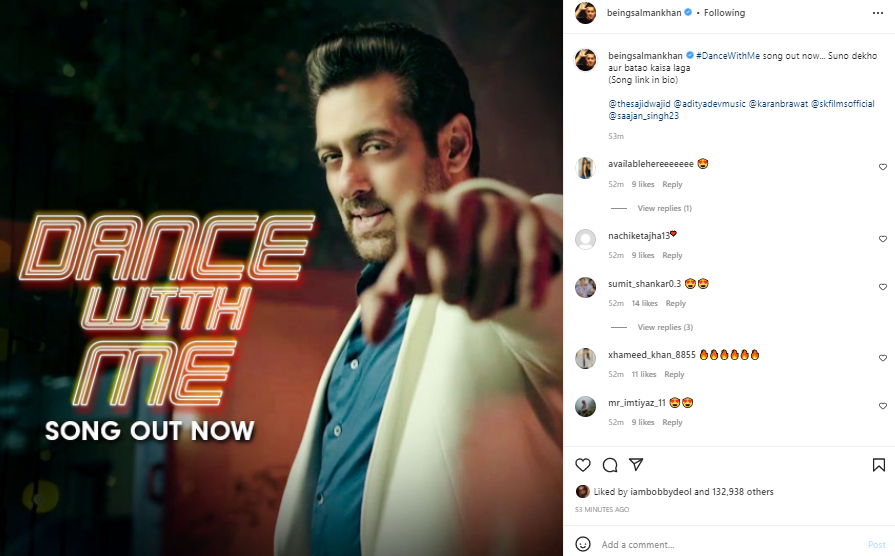 "Love you Salman sir," another added.