On the occasion of the 20-year anniversary of his National Award-winning film 'Dil Chahta Hai', actor-filmmaker Farhan Akhtar announced his next directorial venture 'Jee Le Zaraa'.

Announcing the news, he took to Twitter and wrote, "Did someone say road trip? Thrilled to announce my next film as director and what better day than 20 years of 'Dil Chahta Hai' to do it. #JeeLeZaraa with @priyankachopra #KatrinaKaif @aliaa08. I cannot wait to get this show on the road."

Priyanka, Alia, and Katrina also expressed their excitement about being a part of 'Jee Le Zaraa', on their social media accounts; but it was the former Miss World's post in which she shared the anecdote behind the collaboration of the leading ladies of Bollywood.

Sharing a picture with her 'girlfriends', Priyanka recalled the 2019's November month when on an unusually rainy night in Mumbai she mused about wanting to do another Hindi movie "ASAP".

"But it had to be the right one - different, cool, never been done before... I thought. The idea grew into a movie helmed by an all-female cast. There are not enough Hindi movies that are female multi-starrers. This led to an impulsive phone call... to my 2 real friends about this idea that involved 3 on-screen girlfriends. A celebration of friendship we called it!!" Priyanka shared in the caption.

The 'Bajirao Mastani' actor further shared that the three divas "enthusiastically met in February 2020", just before the COVID-19 pandemic, "to discuss who we could trust to bring this vision to life for us and our choice was unanimous... Farhan and Ritesh, Zoya and Reema. We had all worked with @excelmovies and @tigerbabyfilms individually so this seemed perfect. It just so happened that Farhan was working on a female road trip movie at the same time! Talk about all the stars aligning!!"

Priyanka revealed that it took a three-year-long gap to align their work schedules with each other.

"This one is to sisterhood... to friendship and to breaking the mould!! Can't wait to get on the road with Aloo and Katty. My heart's smiling. See you at the movies," she concluded. 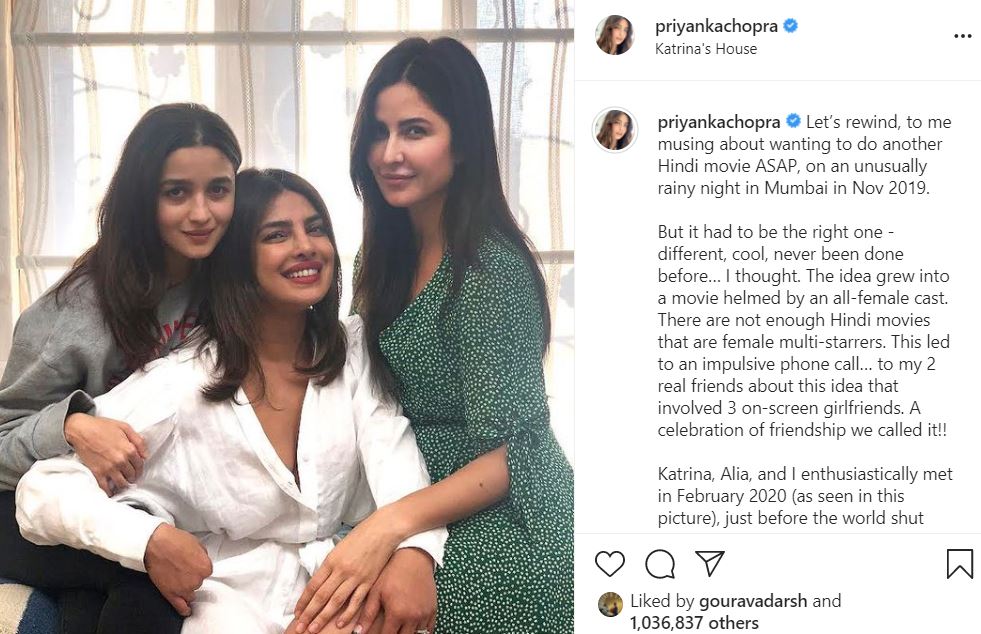 Alia and Katrina also penned gratitude notes on their Instagram handles.
Re-sharing Priyanka's post, Alia wrote, "2 years ago, 3 girls came together with 1 dream. There was only one place to go to make that dream come true; to 4 of the funnest dream-makers and storytellers in the business @faroutakhtar @zoieakhtar @reemakagti1 @ritesh_sid And now 50 Zoom calls later, countless laughs later, with hearts full of love and excitement, Here we are. #JeeLeZaraa." 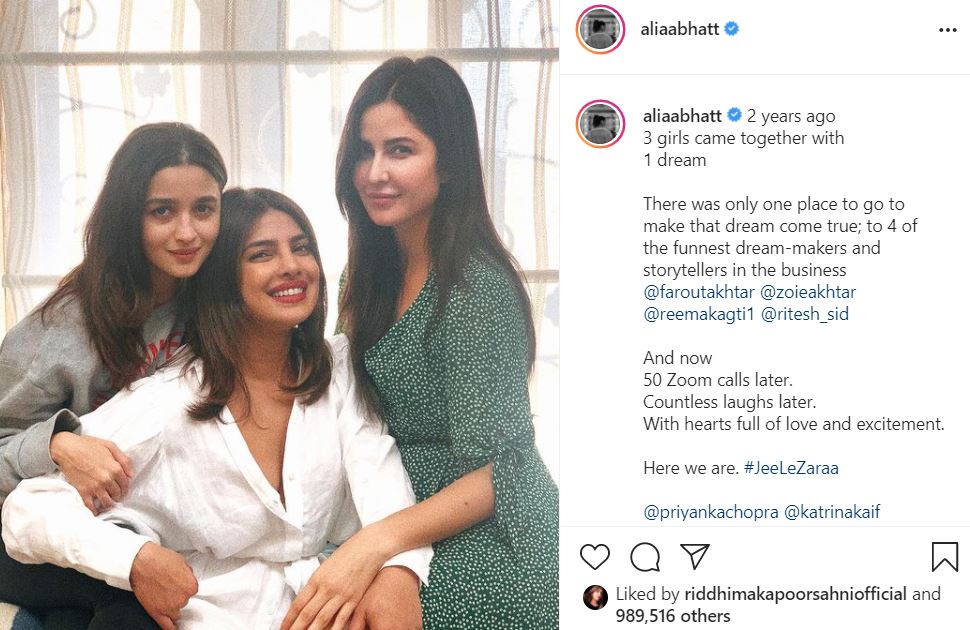 On the other hand, Katrina wrote, "This makes my heart smile. I just love these girls and being around each other is just too much fun always - combine that with a great script, awesome director, and a road trip and the sky's the limit." 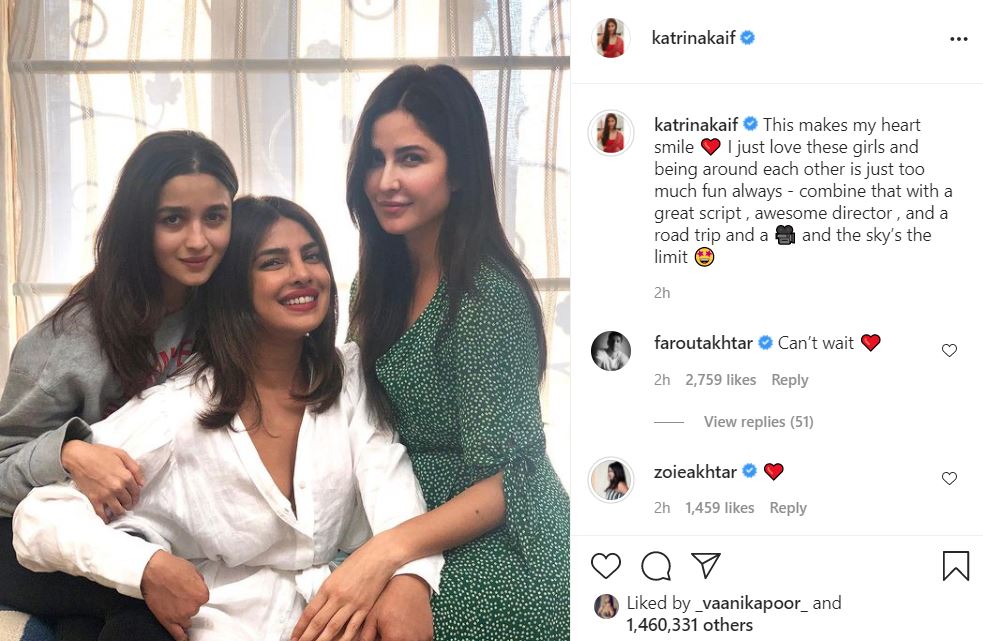 Replying to Katrina in reference to her role in the blockbuster hit 'Zindagi Na Milegi Dobara', producer Ritesh Sidhwani commented, "You are on the driving seat this time," using a wink emoticon.

'Jee Le Zaraa', which is written by Farhan, Zoya Akhtar, and Reema Kagti, will go on floors in 2022.