Home » Bollywood News » Kareena to Vijay Varma: Are you trying to read my messages? Actor has a funny reply

Kareena to Vijay Varma: Are you trying to read my messages? Actor has a funny reply Actor Kareena Kapoor Khan, who is busy shooting for an upcoming untitled thriller, recently posted a picture with co-star Vijay Varma. The duo, who will be sharing the screen for the first time, indulged in a fun conversation over the image on social media.

In the picture shared on Instagram, Kareena is seen using her phone while Vijay is standing behind her. The 'Laal Singh Chadha' actor left a witty remark in the caption. She wrote "Acha Vijay are you trying to read my messages? @itsvijayvarma #DSX Shoot" 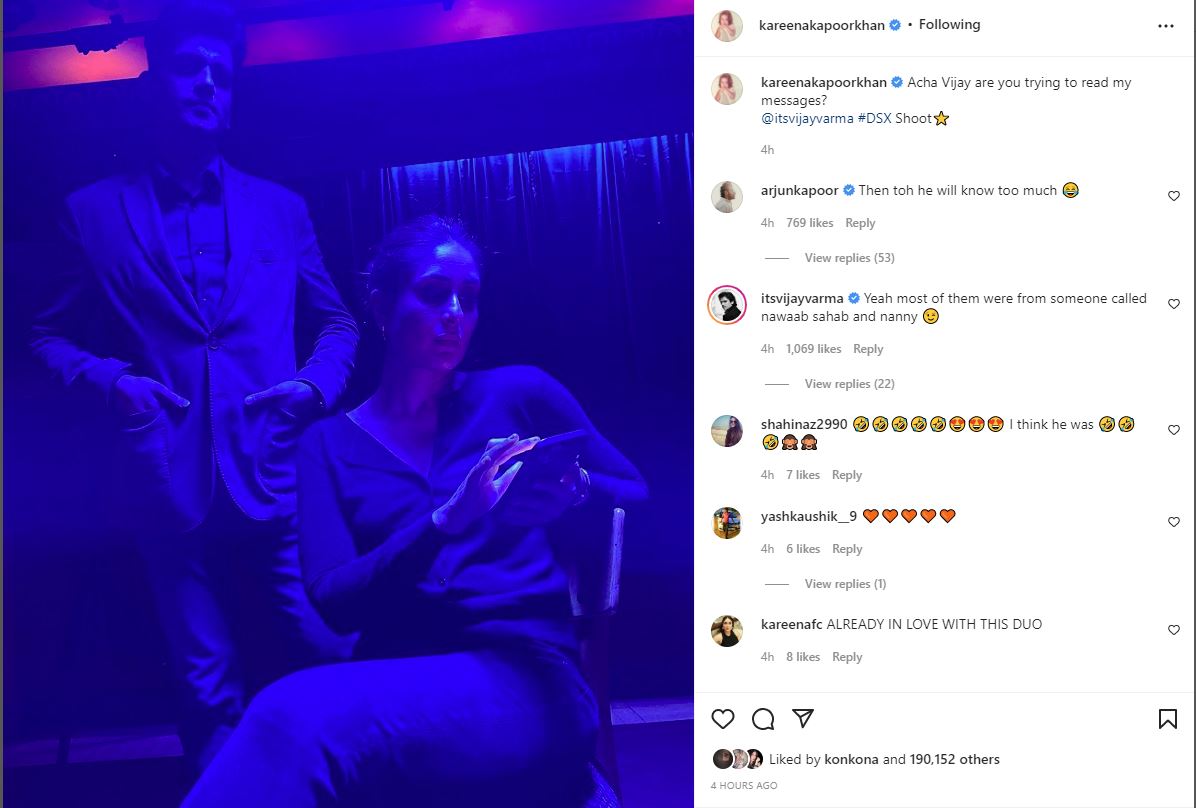 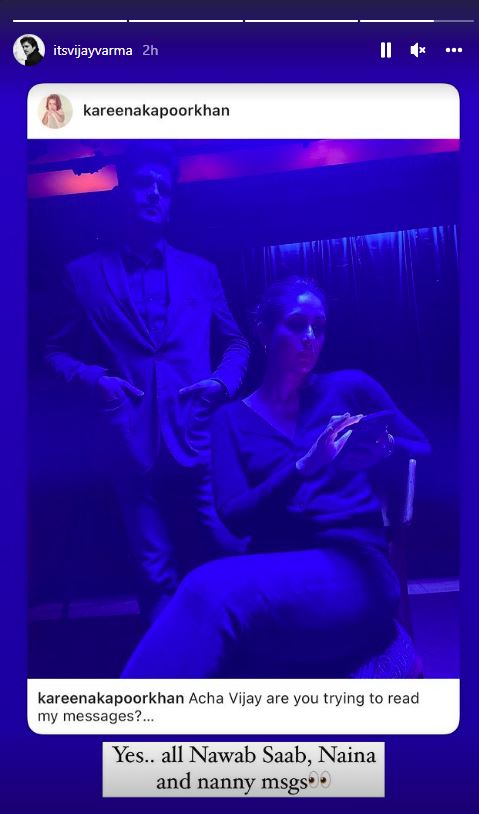 The movie, which stars Kareena, Vijay and Jaideep Ahlawat is being directed by celebrated director Sujoy Ghosh and marks Bebo's OTT debut. It is a screen adaptation of one of Keigo Higashino's works, 'The Devotion of Suspect X'. 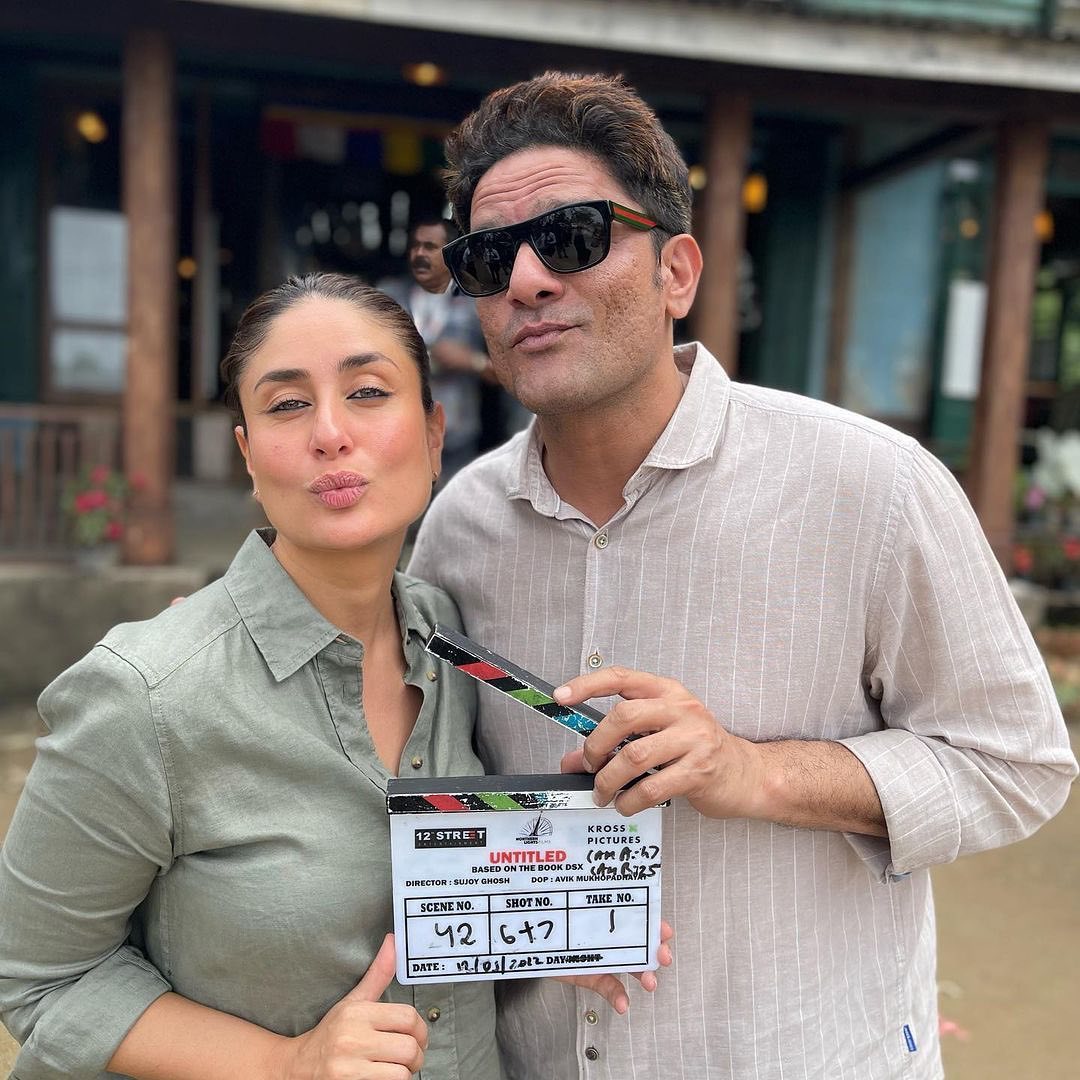 Earlier, Bebo had shared some glimpses from Darjeeling, where they wrapped up the first schedule of the movie last month. 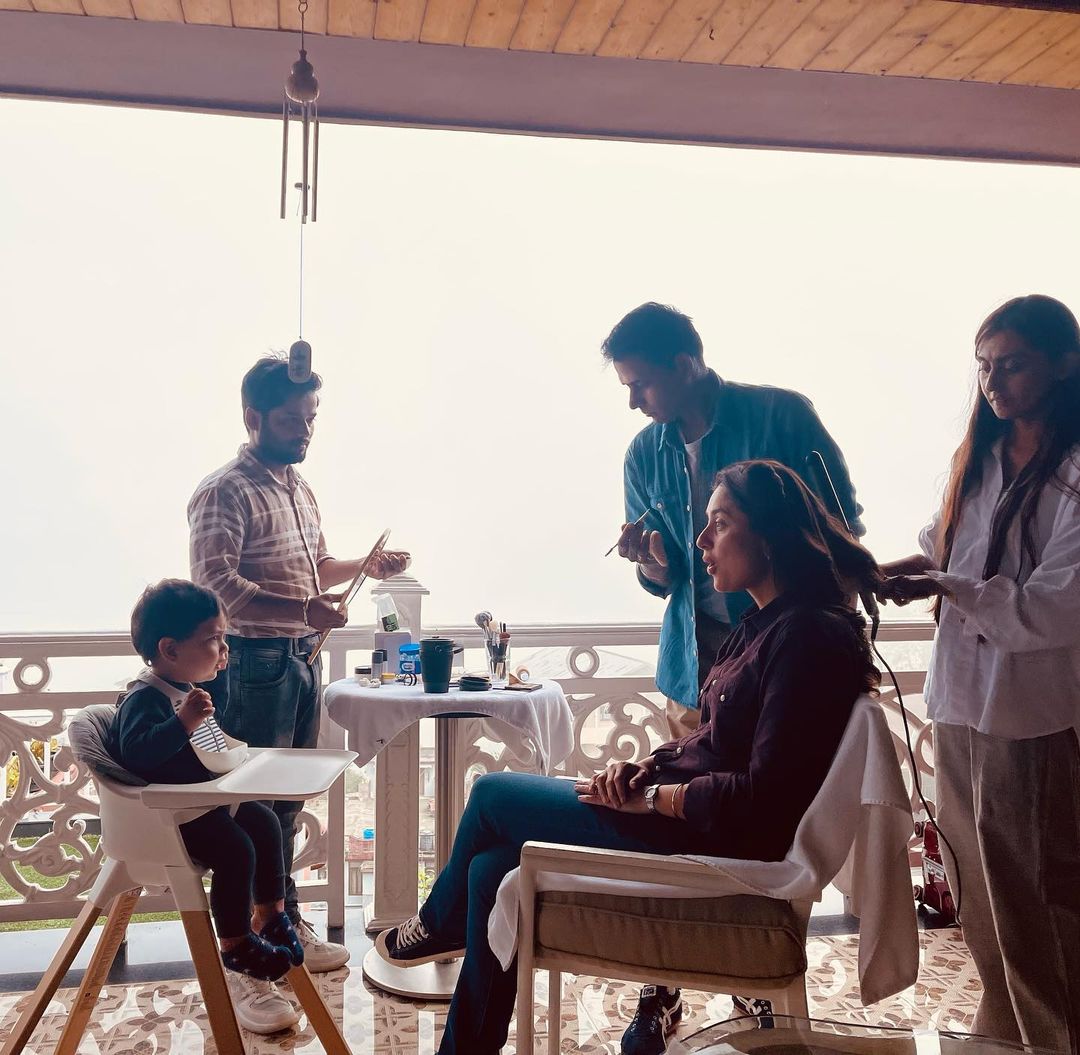 She also shared an adorable video on social media as she enjoyed French fries with Vijay Varma on sets.

Kareena's next release is 'Laal Singh Chaddha' along with Aamir Khan, Naga Chaitanya, and Mona Singh. The film, which is the official remake of Tom Hanks' 1994 film 'Forrest Gump', is directed by Advait Chandan. 'Laal Singh Chaddha' is set to hit the theatres on August 11.