Many celebrities including Gauahar Khan, Suyyash Rai among others hit out at media organisations for carrying out "insensitive" coverage before actor Sidharth Shukla's funeral.

Shukla bid farewell to the world on Thursday morning in Mumbai. The exact reason behind his demise has not been revealed yet. Many reports stated that the 40-year-old actor died due to a heart attack.

He was cremated on Friday at Oshiwara crematorium this afternoon. His mortal remains were brought from the Cooper Hospital- Mumbai in an ambulance decorated with flowers. Sidharth's mother Rita Shukla, sisters and rumoured girlfriend Shehnaaz Kaur Gill, who was accompanied by her brother Shehbaz were present at the crematorium.

The reporting by the media on the tragic death of the late actor has angered the film and TV fraternity. Celebrities including Gauahar Khan, Zareen Khan, Suyyash Rai and others slammed the paparazzi.

Model and actor Gauahar Khan took to her Instagram stories to call out the insensitivity.

"This is shameful! The media houses all alike should be ashamed of this kind of coverage! Hang ur heads if this is what u do to someone who has lost a loved one ! Be ashamed , very ashamed. All media houses, you are only about sensationalizing even tragedy," she wrote. 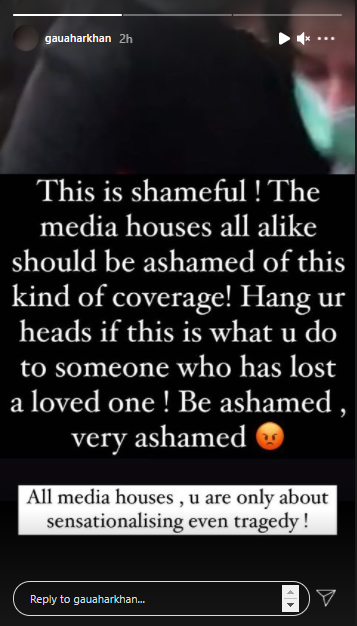 In another story, she even called out the actors for taking out their masks to get clicked by the media. "An I actors flown personalities who are taking off their mask right near the media to be clicked , hang ur head In Shame too ! Disgusted with everything that is going on . If u really wanna pay respect say a lil prayer for the departed soul , rather than making this an opportunity to be clicked ! #Youknowwhoyouare #Sad," the 38-year-old wrote. 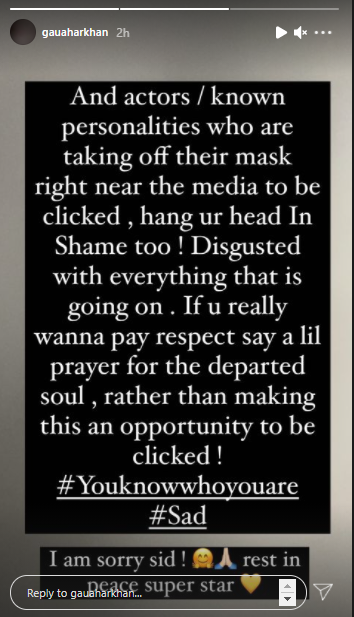 "PLEASE !!! Dear Media... Its brilliant how you guys come and be a part of our events and be a part of happiness and trust me we reallyyy reallly appreciate it and feel touched by that... but days like today when someone has lost their loved ones...you all should let them be...in their own space...and give them THEIR TIME... with THEIR LOVED ones to say a final goodbye in peace A Its heartbreaking to see them struggle just to step out of the car and reach there !! Its okay times to let it be ! I know most of you are doing your jobs but its a request from the bottom of my heart to let such events be just a family affair," Rai wrote in an Instagram post. 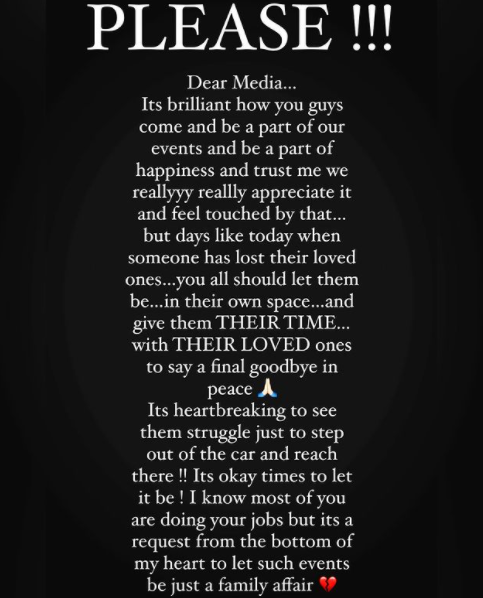 Actor Zareen Khan also shared a viral reel story on her IG story and slammed media for covering it. The video features Shehnaaz in a devastated state, being surrounded by the paparazzi, making her difficult to move forward.

Calling out media, Zareen wrote "Wht the F**k is wrong with the media? The poor girl is already going through so much and this is how you behave at her most vulnerable time just so you can get some exclusive footage of hers for your benefit. When did humans become so heartless??? My heart goes out to @shehnaazgill... Stay strong girl." 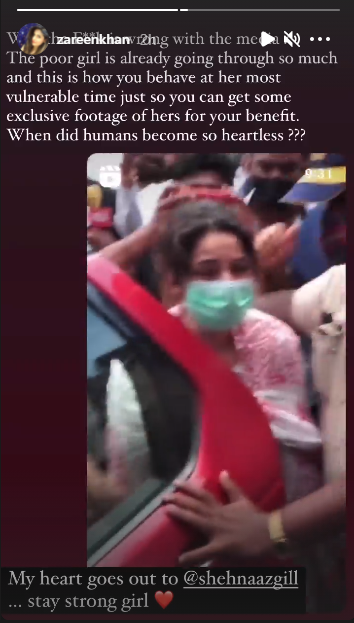 Ex Bigg Boss contestant Disha Parmar also took to her IG story and wrote, "Shoving the camera in a grieving woman's face to get her reaction is the most insensitive thing ever!! Why is it so hard to understand!!!?? Unreal!!" 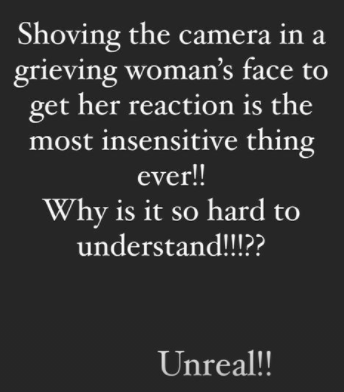 Several other stars including Bollywood actor Varun Dhawan, Rajkummar Rao, Maniesh Paul, among others reached at late Sidharth's residence to pay their last respects on Thursday.

Sidharth was 40 when he breathed his last. Mumbai's Cooper hospital confirmed his death to ANI.

According to one of the hospital officials, around 9:25 am, he was brought dead to the hospital on Thursday. However, the exact reason behind his demise has not been revealed yet.

He also shared screen space with Alia Bhatt and Varun Dhawan in the 2014 hit film 'Humpty Sharma Ki Dulhania'. The actor was also seen alongside Diljit Dosanjh in the 2018 movie 'Soorma'.