The highest-grossing film at the worldwide box office in the last three days boasts of a powerful star cast including Jr NTR, Ram Charan, Alia Bhatt and Ajay Devgn among others. 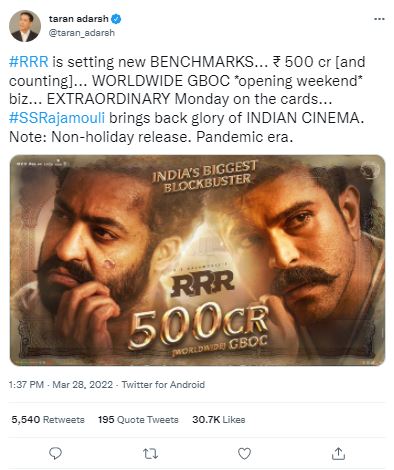 He also shared a list of the top five Hindi films in the pandemic era, based on their net box office collection in the country on Sunday. 'RRR' topped the list with a whopping Rs. 31.50 crore. 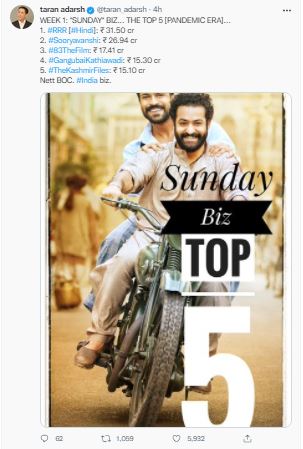 The magnum opus also became India's biggest-ever opener with Rs 223 crore worldwide, after overtaking 'Baahubali 2', which had made Rs 217 crore worldwide on its opening day.

Set in pre-independence India, 'RRR' is a fictional take on the younger days of celebrated freedom fighters, Komaram Bheem and Alluri Seetharama Raju, portrayed by Jr. NTR and Ram Charan.