It must be a good Monday for the couple Ranbir Kapoor and Alia Bhatt's fans as they got to see new pictures of the lovebirds together. 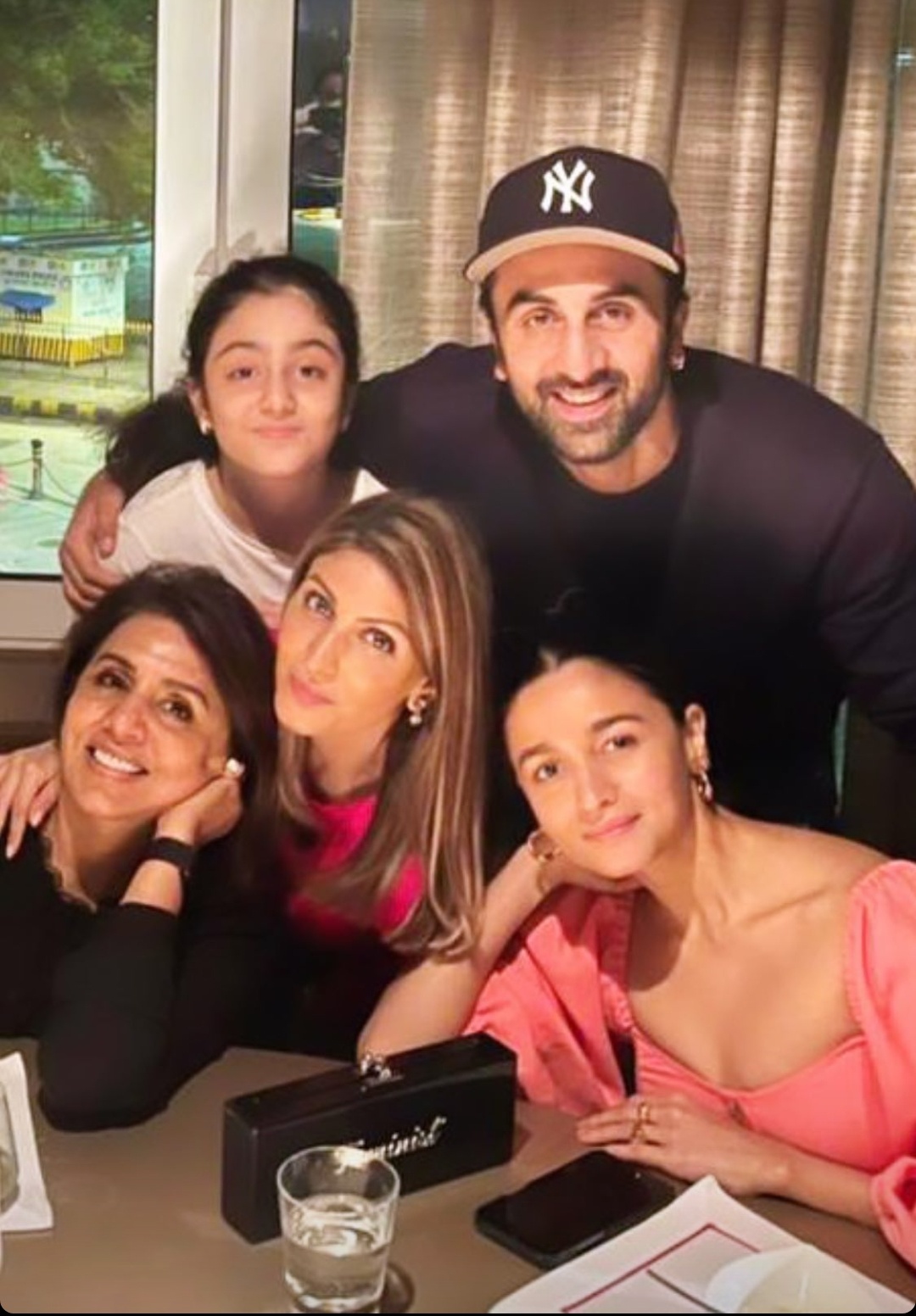 The family photograph has garnered a lot of love from the fans.

"Alia and Ranbir look so good together," a user wrote.

"The image is a feast for the eyes. God bless the couple and everyone," another user commented.

Riddhima also shared a few pictures from their family dinner, which was held last night. 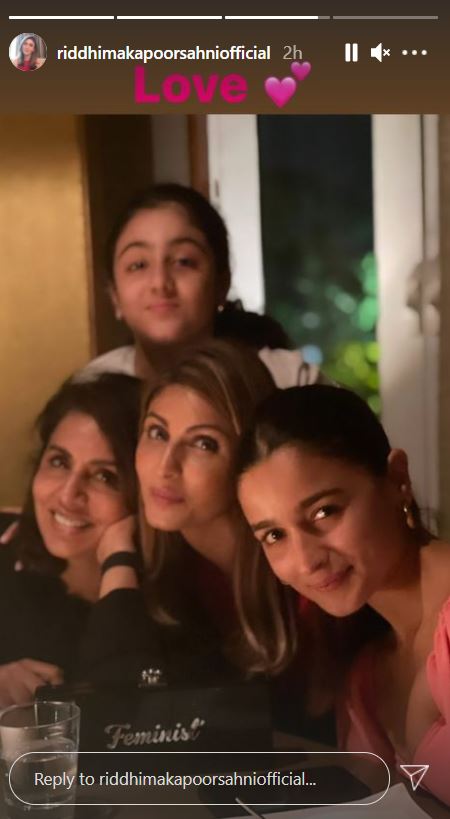 Speaking of Ranbir and Alia, the two have been in a relationship for quite some time now.

Fans are now waiting for the release of their film 'Brahmastra'.

In the upcoming movie, helmed by Ayan Mukerji, they will be seen sharing screen space with megastar Amitabh Bachchan.