Bollywood celebrities flooded their social media handles with Raksha Bandhan posts on Sunday, but fans missed getting a glimpse of Kareena Kapoor Khan's son Jeh on his first Rakhi.

On Tuesday, Soha Ali Khan took to her Instagram handle and shared the most adorable picture of her daughter Inaaya with Jeh.

In the picture, Inaaya can be seen kissing her cousin brother who looks super cute in his yellow bodysuit. 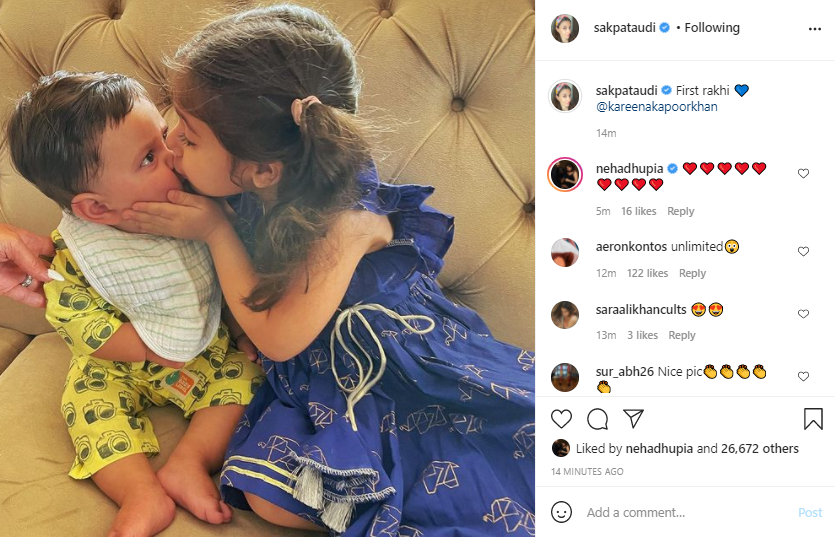 Fans flooded the post with heart emoticons and lovely comments.

On Monday, Soha had also shared a picture of Inaaya tying a rakhi on Taimur's wrist, who was seen sitting on his father Saif Ali Khan's lap. 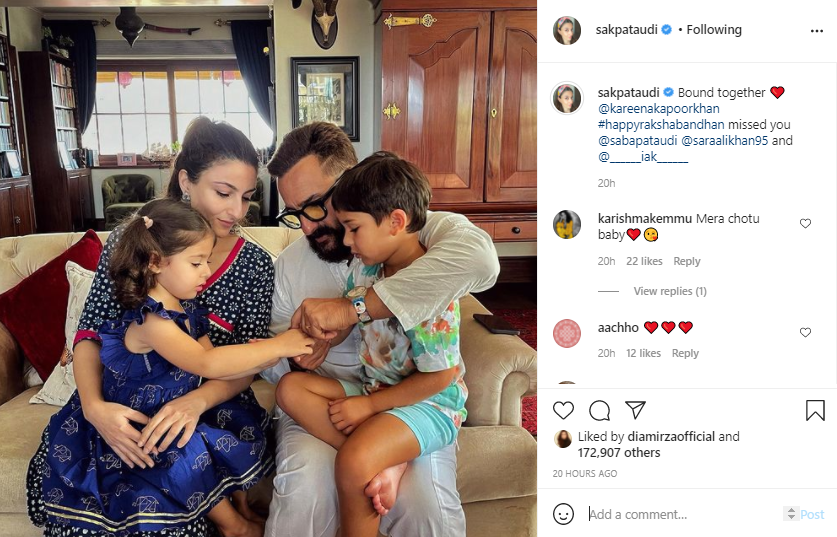 Saif and Kareena dated for a few years before tying the knot in October 2012. The couple welcomed their first child Taimur Ali Khan four years later on December 20, 2016. Saifeena welcomed their second child, Jeh on February 21 this year.