The film stars Nawazuddin Siddiqui as Sheru and Avneet Kaur as Tiku. Kangana is producing the film under her production house, Manikarnika Films.

Taking to her Instagram Story, Kangana shared pictures from the day and wrote, "Commencing outdoor schedule of @tikuwedssheru." 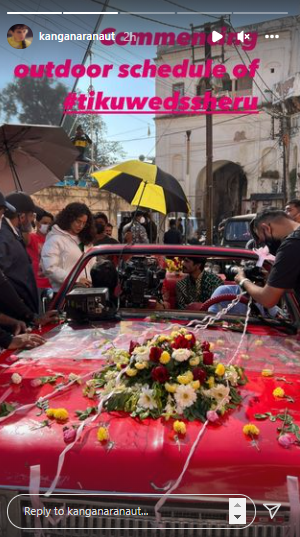 Kangana could be seen dressed in a white jacket, blue jeans and high boots.

She also shared a picture of her with Nawazuddin and other team members. 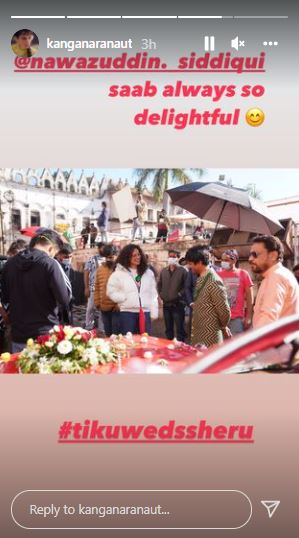 In another picture from the sets, she wrote, "Always lovely to be back in @mptourism #Bhopal #tikuwedssheru." 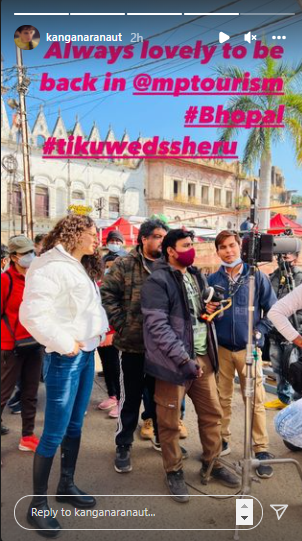 'Tiku weds Sheru' is being touted as a dark comedy. The film will first release in theatres before streaming on Amazon Prime Video.