The demise of legendary Kathak icon Pandit Birju Maharaj on Monday left the Bollywood fraternity in shock, grieving his loss.

Ishaan Khatter took to his Instagram handle and shared pictures and videos of Master-ji in an emotional tribute.

He wrote, "A life that cannot be summed up in words. Pt. Birju Maharaj's life was a gift to the world. The energy he created with his art will live on forever. He is the root of which countless branches were born. Taa thaee tat - Om tat sat. May his soul rest in eternal peace." 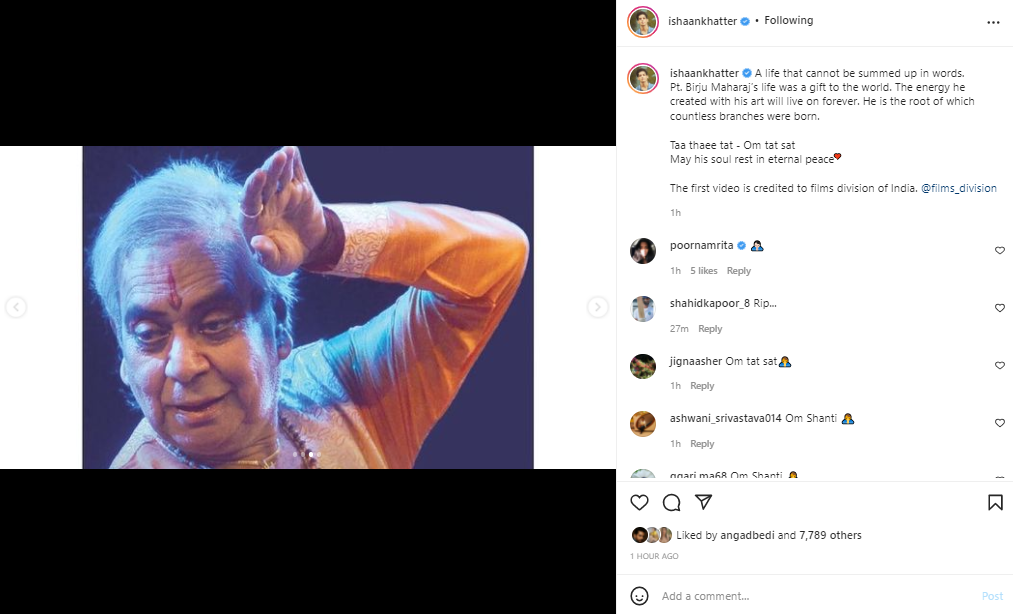 Amjad Ali Khan took a trip down the memory lane and posted a monochrome picture of performance on his Twitter handle. 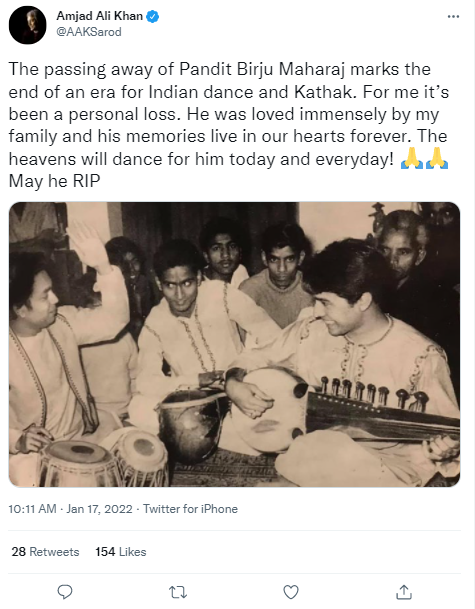 Subash Ghai took to his Twitter handle and shared a picture of the late Kathak legend performing and wrote about the first lesson he had learned from him.

He shared, "My first learning from kathak dance maestro was in my college youth festival when he expressed a romantic conversation between lord krishna n radha thru his two eyes talking. I learnt 'DANCE means body but soul is in eyes. That's y he was a Jagat guru in kathak. RIP BIRJU SIR." 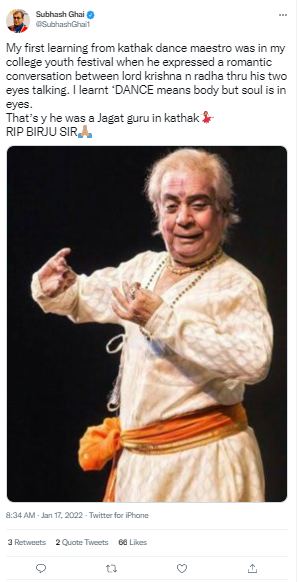 Singer Shilpa Rao also mourned the demise of the singer-choreographer on her Twitter handle.

"I'm absolutely gutted ... Panditji we will miss you. My prayers for your soul. Generations to come will remember this name PANDIT BIRJU MAHARAHAJ," she tweeted. 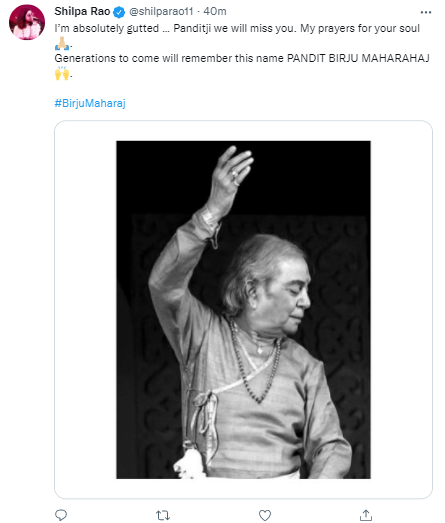 She wrote, "The legendary Pandit Birju Maharaj leaves behind a void that can never be filled. Thank you for your huge contribution to the world of Dance and inspiring so many like me with your art. You will be missed. Rest in peace Panditji, condolences to the family and friends." 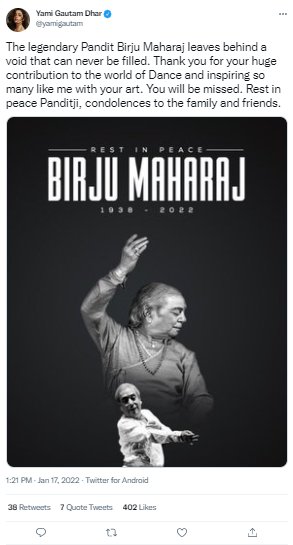 Several other members of the film fraternity including Madhuri Dixit, Hema Malini, Kamal Haasan and more have shared their condolences for the demise of the Kathak icon on social media.

Birju Maharaj passed away after suffering breathlessness. He was 83 when he breathed his last, surrounded by his family at his Delhi residence.