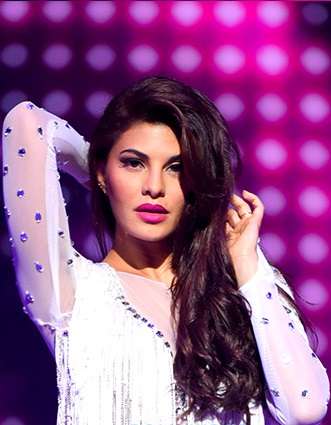 Jacqueline Fernandez (born 11 August 1985) is a Sri Lankan actress, model, and the winner of the 2006 Miss Universe Sri Lankapageant. As Miss Universe Sri Lanka she represented her country at the 2006 world Miss Universe pageant.She graduated with a degree in mass communication from the University of Sydney, and worked as a television reporter in Sri Lanka. While on a modelling assignment in India in 2009, Fernandez successfully auditioned for the fantasy drama Aladin, which marked her acting debut. Fernandez' breakthrough role came with the psychological thriller Murder 2 (2011), her first commercial success.

This was followed by glamorous roles in the ensemble-comedy Housefull 2 (2012), and the action thriller Race 2 (2013), both of which earned over ₹1 billion (US$15 million) worldwide. Her performance in the former garnered her a Best Supporting Actress nomination at IIFA. In 2014, Fernandez played the leading lady in the action thriller Kick, which rank among one of the highest-grossing Indian filmof all time. She received further success with the romantic comedy Housefull 3, the action adventure Dishoom, and the superhero thriller A Flying Jatt (all 2016).

Prev Page 1 of 10 Next
fresh CATCH