Actor Deepesh Bhan, who played the role of Malkhan in the well-known TV series 'Bhabiji Ghar Par Hain', passed away on Saturday morning at the age of 41.

Though the exact reason for his death is not yet to be known, as per media outlets, Deepesh collapsed while playing cricket in his building in Dahisar, Mumbai. He had reportedly worked out in a gym before reaching the cricket field.

Following his demise, several fans and celebrities paid their condolences to the late actor's family on social media.

His co-actor Charrul Malik paid tribute by sharing a monochrome picture of her and Deepesh on Instagram. In the caption, she wrote, "RIP Yaara, it's hard to accept you are gone. Gone from our sight, but never from our hearts. Never ever thought I will be posting this for My Yaara. You will be missed Deepesh. #ripdeepeshbhan #deepeshbhan." 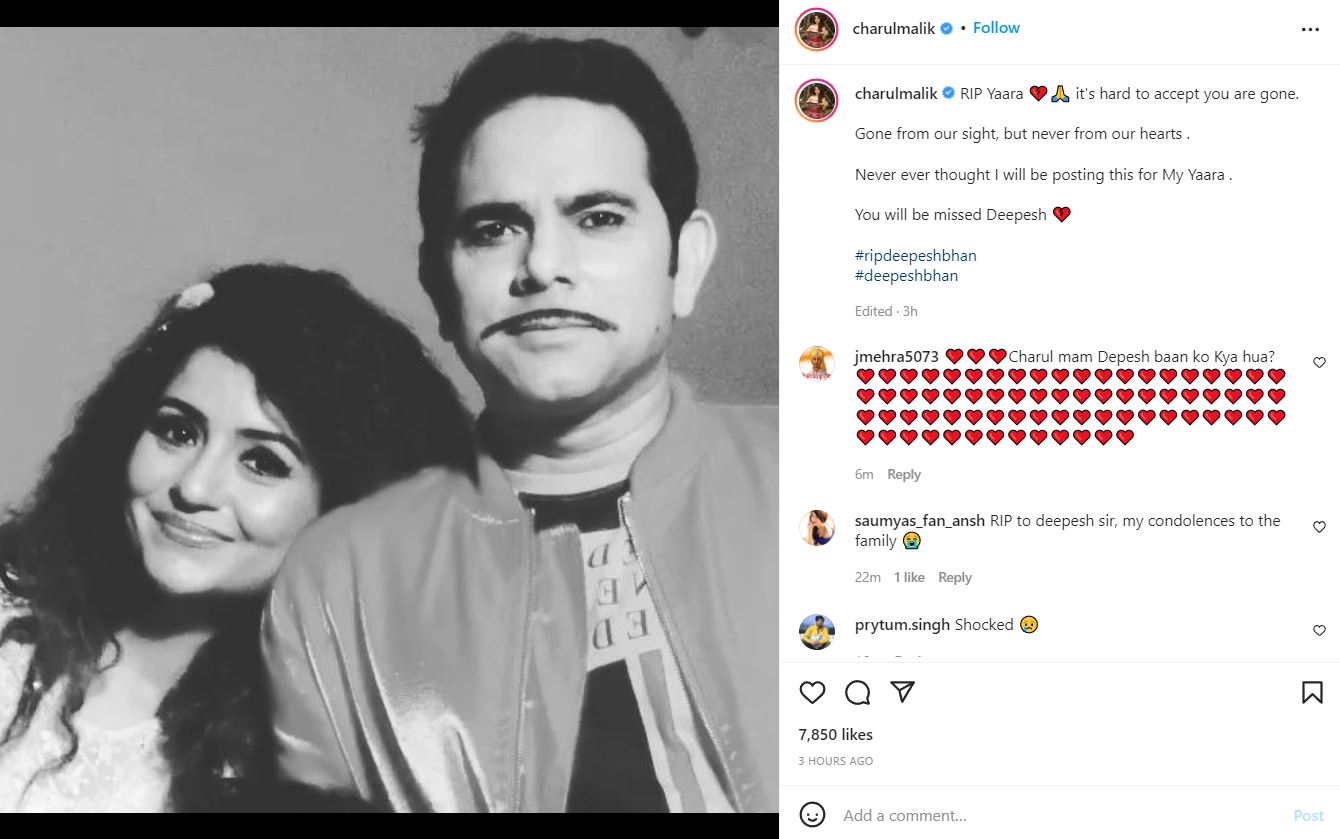 TV actor Kavita Kaushik tweeted, "In shock, gutted, pained with the news of Deepesh Bhan passing away at the age of 41 yesterday, a very important cast member in F.I.R, Was a fit guy who never drank/smoked or did anything to harm his health, left behind a wife n one year old child and parents and us all." 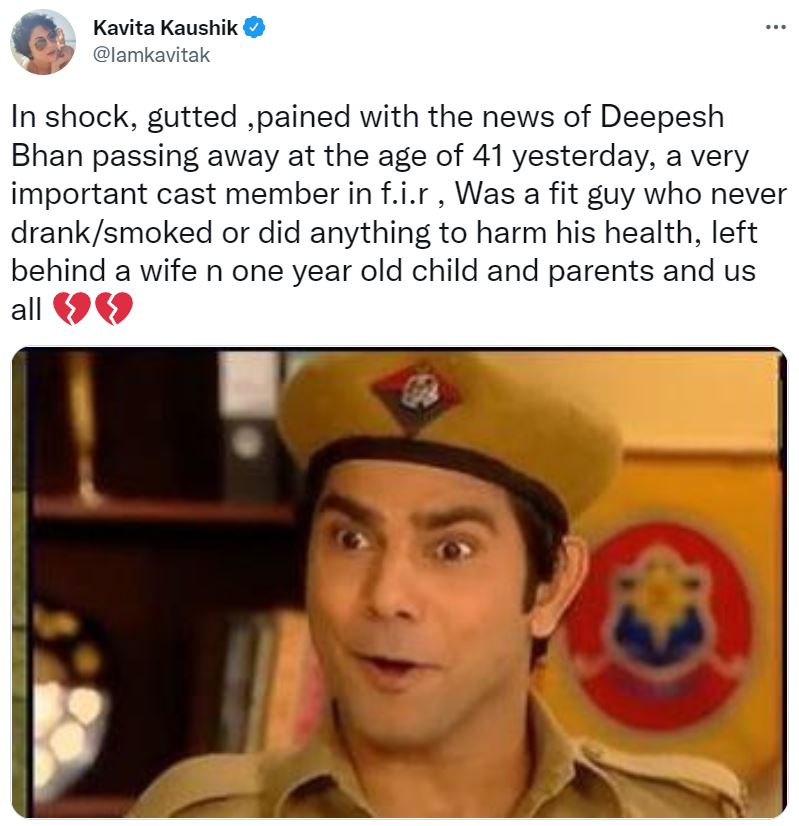 The actor played several comical roles on the small screen during the span of his career in shows like 'Comedy Ka King Kaun', 'Comedy Club', 'Bhootwala', 'F.I.R', 'Champ' and 'Sun Yaar Chill Maar' among others.