Grieving fans of Kannada star Puneeth Rajkumar gathered at Bengaluru's Sree Kanteerava Stadium on Friday evening to pay their last respects, prior to his final rites which will be done with state honours, soon after his daughter arrives from the US.

Bengaluru Commissioner of Police, Kamal Pant at the stadium, on Saturday said that on basis of the decision taken by Puneeth's family, the next stage of security arrangements will be made. His family will take a call on when the final rites will be performed. Probably, the last rites will be done today itself.

Puneeth left for his heavenly abode at the age of 46 following a cardiac arrest. He was admitted to Vikram Hospital in Bengaluru, after experiencing chest pain, where he breathed his last.

His mortal remains were shifted to the stadium for public viewing, where a large number of fans could be seen waiting to get one last view of their favourite actor. Heavy police force has been deployed at the stadium to control the crowd. 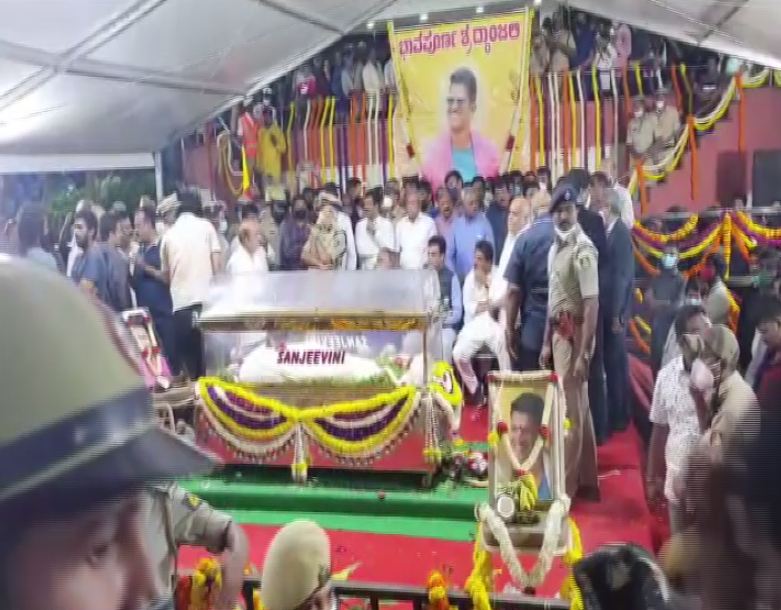 The demise of Puneeth took the entire country by shock and several popular actors from Bollywood and South film industry including Dhanush, Mahesh Babu, Jr NTR, Ram Charan, Abhishek Bachchan, Anil Kapoor, among others, have expressed their condolences.

Son of matinee idol Rajkumar, who was also lovingly called 'Appu' and 'Power Star' by his fans, Puneeth was associated with the silver screen since he was a child.

The 46-year-old actor has been the lead star in 29 films since his 2002 acting debut in 'Appu', with his last release being 'Yuvarathnaa', which came out in April earlier this year.

His other notable performances include, 'Raam', 'Hudugaru', and 'Anjani Putra'.