Punjab: FIR lodged against CM Charanjit Channi over his 'UP, Bihar ke bhaiya' remark in Patna BJP youth wing on Thursday lodged an FIR against Punjab Chief Minister Charanjit Singh Channi over his statement against the citizens of Bihar and Uttar Pradesh in Bihar's Patna.
Channi has courted controversy during a poll rally by asking people not to let the "bhaiyas" of Uttar Pradesh, Bihar enter the state, a remark apparently aimed at AAP leaders. 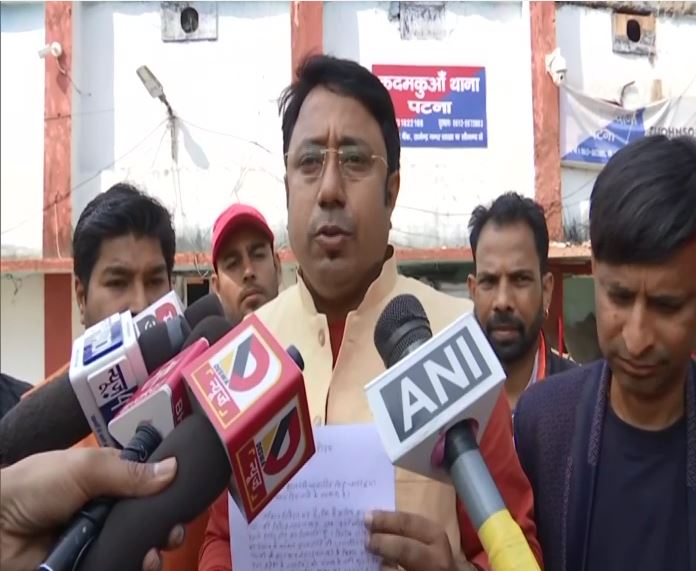 "The Punjab CM made a controversial comment where he made an inflammatory comment about not allowing people from UP and Bihar to come into the state. Every citizen has the right to leave anywhere and this right has been given to us by the Constitution of India. Punjab Chief Minister has insulted the people of Bihar and Uttar Pradesh by his statement. We will protest until Channi apologizes to us," Singh said to reporters.

Meanwhile, Punjab Chief Minister on Thursday clarified his 'UP-Bihar Ke bhaiya' remark and said that his statement was being misconstrued.

"My statement is being misconstrued. All migrant workers who came to Punjab till date, have toiled and taken it on the path to development. We have only love for them, nobody can change it," he said.

Prime Minister Narendra Modi on Thursday hit out at the Congress over Punjab Chief Minister Charanjit Singh Channi's 'UP, Bihar ke bhaiya' remark and said that the party always pits people of one region against another.

Addressing an election rally in Abohar, PM Modi also said that the BJP government will assure the security and development of Punjab.

On Wednesday, Charanjit Singh Channi, while addressing a roadshow, said, "Priyanka Gandhi is the daughter-in-law of Punjab. Will not let the 'Uttar Pradesh, Bihar de bhaiye', who have come here to rule, enter the state. While he made the remark, Congress leader Priyanka Gandhi could be seen standing by him smiling and applauding.