The last rites of Defence Adviser to the Chief of Defence Staff (CDS) General Bipin Rawat, Brigadier Lakhbinder Singh Lidder, who was among the 13 people who died in the military helicopter crash in Tamil Nadu's Coonoor, were performed with full military honours at Brar Square crematorium in Delhi Cantonment on Friday.

An IAF chopper crash near Tamil Nadu's Coonoor on Wednesday claimed the lives of 13 people including CDS Rawat and his wife Madhulika Rawat. 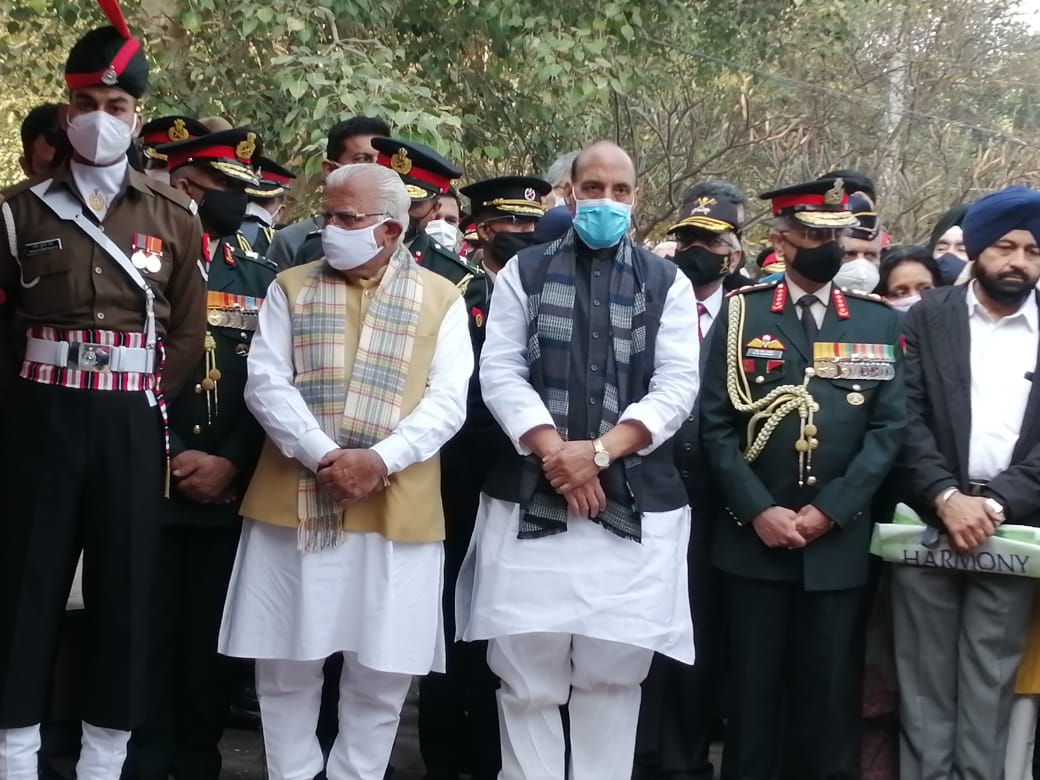 Wife and daughter of the defence advisor of the CDS broke down while paying their last respects to him.

Mournful visuals showed Brigadier's wife in tears kneeling by the head of her husband's coffin, which was draped with the national flag and decked with flowers.

Brigadier's daughter was by her mother's side, fighting back tears of her own while paying her last respects to her father. 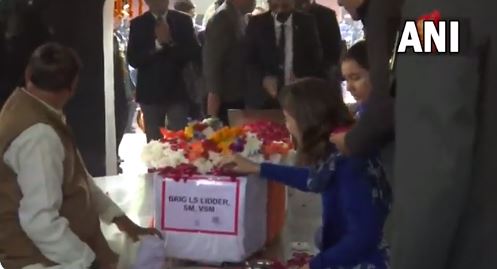 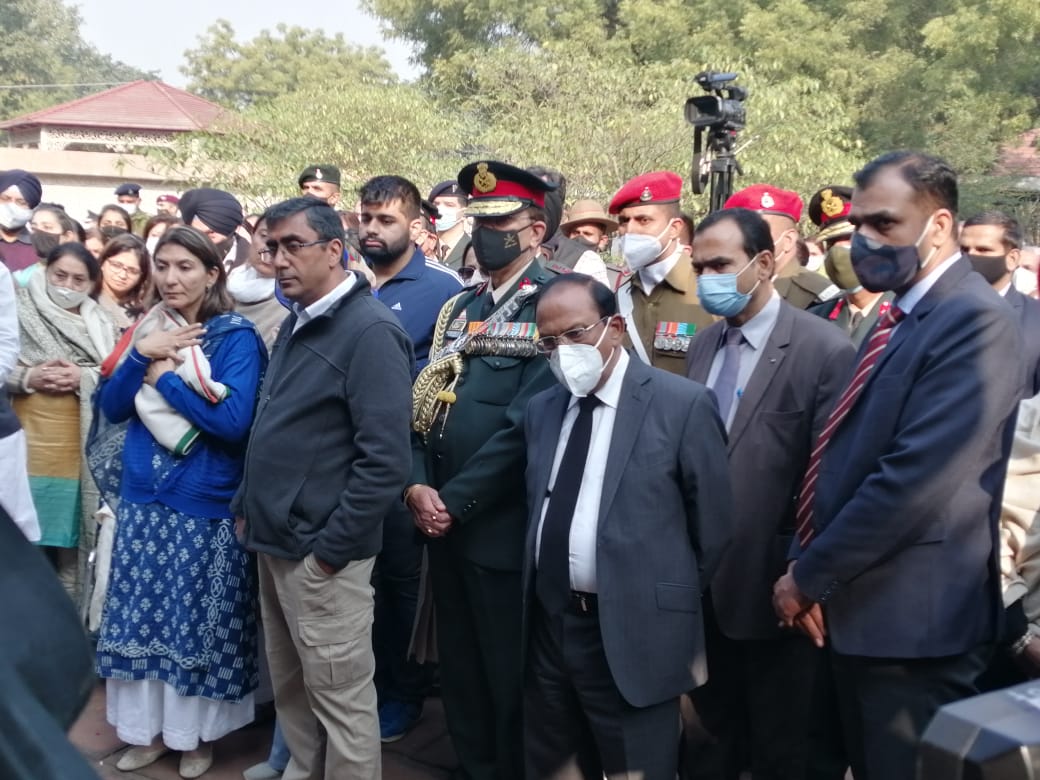 Meanwhile, CDS General Rawat will be cremated later in the day today with full military honours.

The Army said the mortal remains of only three persons -- General Rawat, his wife Madhulika Rawat and Brigadier Lidder -- had been positively identified so far.

The bodies of the victims were flown from Sulur near Coimbatore to the Palam airbase Thursday evening in caskets wrapped in the Tricolour.

According to the sources, the black box of the chopper has been recovered from the crash site.