Bollywood actor Sonam Kapoor on Friday celebrated the occasion of her friend and co-star Swara Bhaskar's 33rd birthday by sharing a sweet note for her on social media.

The 'Neerja' actor took to her Instagram handle and shared pictures of her with Swara along with an adorable caption, "Dear Behen, we just spoke a day before and I realised that our friendship is a godsend. Sakshi, Bindiya and Chandrika... of every person you've essayed, my favourite remains the one you are off-screen. May your voice only amplify with time, love you lots. Happy happy birthday, Swaru. @reallyswara."

The pictures which Sonam shared were from her wedding album. While the first one showed the two actors flaunting their beautiful henna designs on their hands, the second one showed Sonam dressed as a bride, sitting on a chair, while the bridesmaids, Swara and Sonam's sister Rhea Kapoor, posed together. 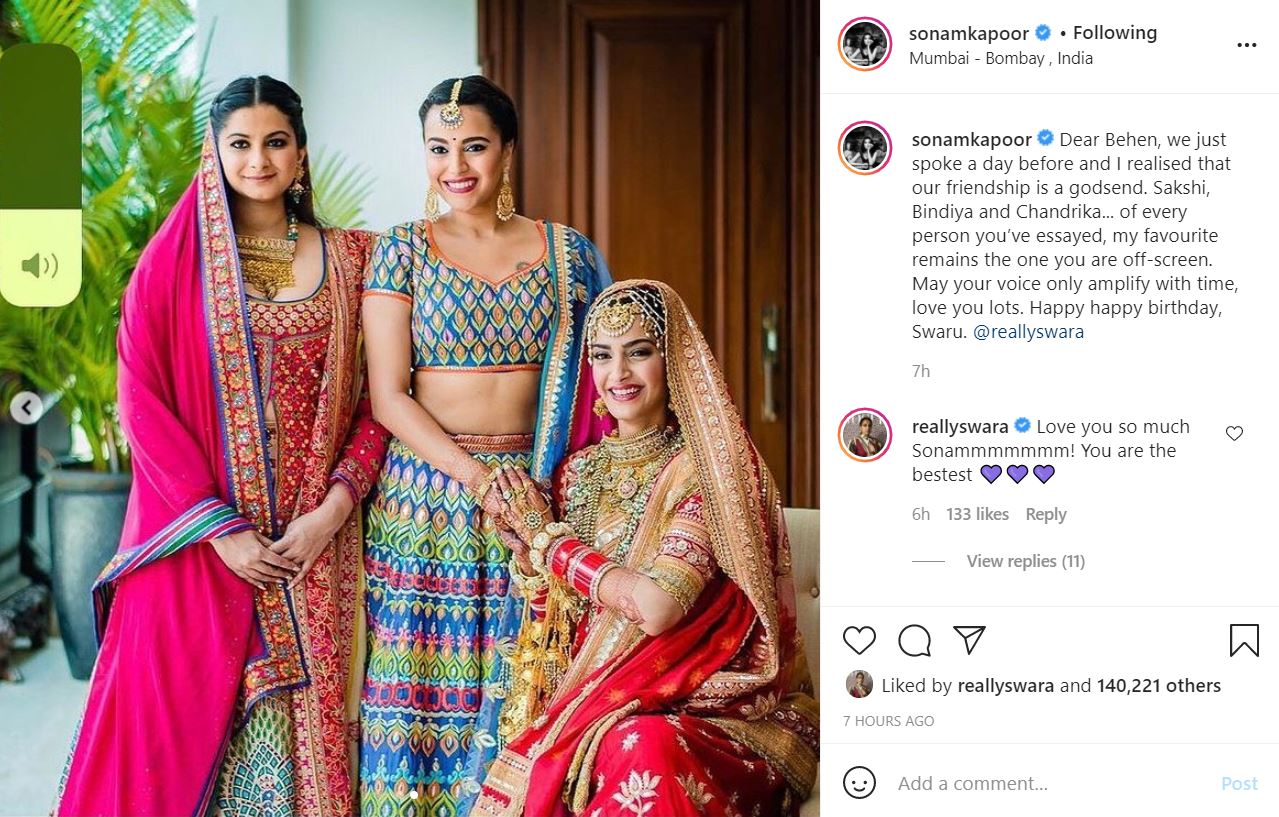 Soon, Swara replied to Sonam's birthday wish and commented, "Love you so much Sonammmmmmm! You are the bestest."

Sonam and Swara have worked together on a number of projects which include, 'Veere Di Wedding', 'Prem Ratan Dhan Paayo', and 'Raanjhanaa'.

Meanwhile, on the work front, Sonam will be next seen in 'Blind', the shoot for which kickstarted on December 28 in Glasgow, United Kingdom. It is a Bollywood remake of the 2011 released Korean crime-thriller of the same name, directed by Ahn Sang-hoon.

The Bollywood adaptation is being directed by Shome Makhija and produced by Sujoy Ghosh, Avishek Ghosh, Manisha W, Prince Nahar, Sachin Nahar, and Hyunwoo Thomas Kim. 'Blind' is scheduled to release in 2021.