Bollywood actor Priyanka Chopra Jonas on Monday shared a childhood picture on her social media account, along with a birthday note to wish her brother Siddharth Chopra.

She took to her Instagram handle and shared a post featuring a childhood picture along with a recent picture of Siddharth posing with the siblings' mother Madhu Chopra.

In the picture from their childhood, Priyanka and Siddharth could be seen enjoying the waves at a beach together. In the second one, Siddharth and Madhu were seen posing beside what appeared to be a food truck. The truck featured a special message from Priyanka and her husband, singer Nick Jonas.

It read, "Deares Sid, Happy birthay!! We know there is not much you love more than food. We love you Nick and Didi."

Priyanka shared the post with the caption, "Happy Birthday Sid! Love you and wish I was there to celebrate you wishing u so much joy and laughter." 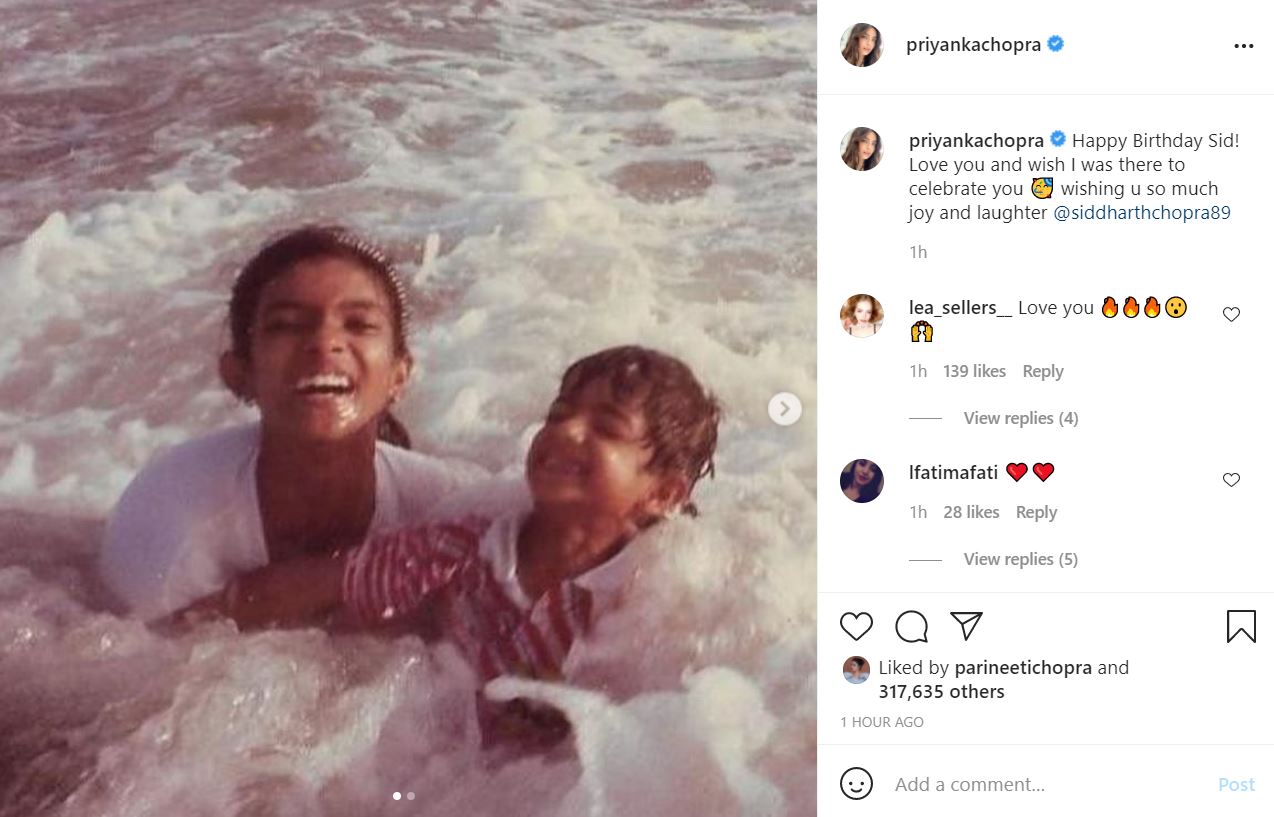 On the work front, Priyanka was last seen in Netflix's 'The White Tiger', which she also produced.

Priyanka will next be seen in 'Text For You' which also features Celine Dion and Sam Heughan in the lead roles. Apart from that, she will also be seen in 'Matrix 4'.

On this day in 2002: 'Moment to remember' as Kaif, Yuvraj script historic NatWest Trophy win
NEXT STORY