Foreign devotees who joined the Jagannath Rath Yatra celebrations in Odisha's Puri, expressed their happiness and sought the blessings of Lord Jagannath.

After a gap of two years following the COVID pandemic, the Jagannath Rath Yatra celebrations began on Friday.

"There is so much devotion around. It's amazing to witness the Lord from so close, we are overjoyed with love and gratitude," a foreign devotee from England who joined Jagannath Rath Yatra celebrations in Puri told to ANI. 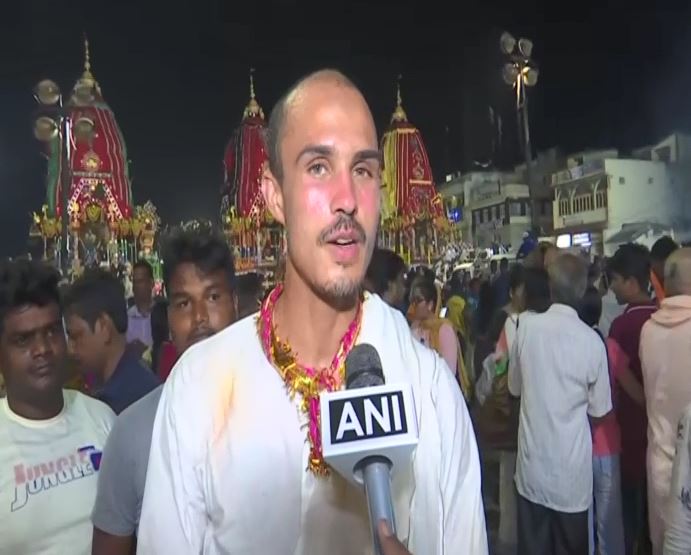 "I feel so grateful to be here today, everything is so perfect. I am very happy," the foreign devotee said.

"It feels very nice, I am seeing so much devotion in people", said another foreign devotee Chnadkala said. 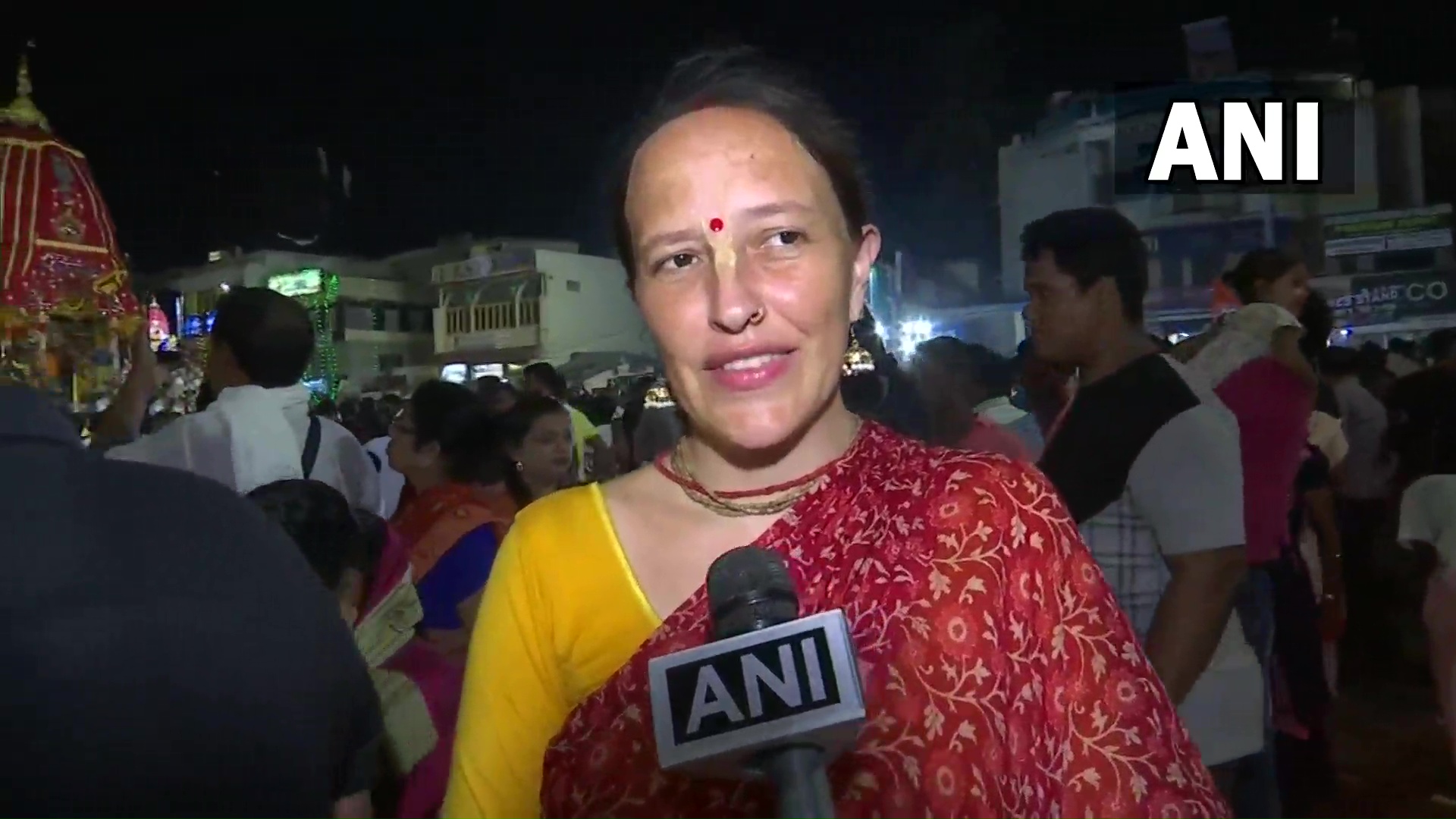 A devotee from Poland said, "It is so overwhelming, feeling loved and grateful."

"I am happy that this year we can have 'Darshan' of Lord Jagannath. This is the first time I come to Rath Yatra. I and my wife are very happy to be here, " said Haridas from Spain.

On Friday, with an aim to curb the challenges during the Rath Yatra in Puri, Odisha Chief Minister Naveen Patnaik introduced the Srimandir Heritage Corridor project (Srimandir Parikrama Project), informed the officials.

The devotees are deeply thankful to Odisha Chief Minister Naveen Patnaik for his visionary leadership in envisioning this massive transformation of the surroundings of the Srimandir through the Srimandir Parikrama Project.

The Ratha Yatra, also known as the Chariot Celebration of Lord Jagannath, Devi Subhadra, and Lord Balabhadra, is the most prominent Hindu festival in the Puri city of Odisha. This festival takes place every year on the second day of the Shukla Paksha in the months of June or July. This year the festival falls on July 1.

The three chariots are built a new, every year ahead of the annual chariot festival.
Vibrant colours, enthusiastic faces, crowded shops, and cheery craftspeople are just a few of the highlights of Rath Yatra in Puri, the popular Chariot celebration held on a big scale every year outside Jagannatha Temple.